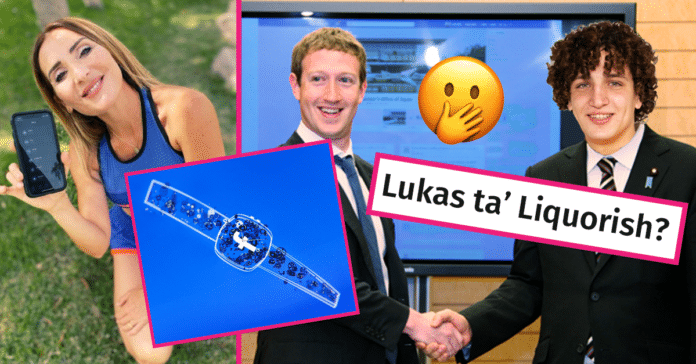 News has leaked that by next summer Facebook will launch their first-ever smartwatch, although details are few and far between until now. That being said, the social media giant will surely want to take on Apple and others in the industry, so what can we expect from the watch…and who can we expect to wear it?

Unnamed sources close to the project’s development have revealed that the watch will come with two cameras, one selfie cam on the front, and one 1080p auto-focus camera on the back. Now, you might be thinking, if the watch is on your wrist, why would you need a camera on the back?

This is where the novel approach comes in. You’ll easily be able to detach the device from the stainless steel straps which will remain around your wrist. That way, it becomes a handheld mini camera, that’s perfect for anyone who loves the outdoors, but maybe not so much having to rely on their phone for photos.

With plans to speak with other companies to create accessories for attaching the camera hub to things like backpacks, it’s evident that Facebook’s plan is to encourage owners of the watch to use it in ways that smartphones are used now. It’s also working with wireless carriers in the US to support LTE connectivity in the watch, meaning it won’t need to be paired with a phone to work. The watch will come in white, black, and gold.

Calling the adventurer within?

Like others of its kind, the Facebook smartwatch will have health and fitness monitoring systems, so right off the bat, there are a couple of people we can think of who could have some use for such a gadget.

Lukas from Liquorish is our number one pick. Since the watch is being designed for adventurers, there are currently few as adventurous as he on the island. Could this be the way he receives a gift from Mr Zuckerburg? It’ll surely help Lukas on any future travels!

Coming in a close second place is Claire Agius Ordway, and it’s hard to argue against. Constantly on the go, highly active and with a strong social media following, a Facebook smartwatch might even be what she and others in similar positions have dreamed of!

The device will be of course directly connected to the Facebook suite of apps, including Instagram. While it’s still unclear what the uploading process would be like, we’re sure that it would be super simple and tailor-made for high-energy content creators like Claire.

Placing a sharp third is to no discredit for Claire’s co-host at the Mużika Mużika concert, Keith Demicoli. Now that he’s out of the newsroom, has he got more time for other philanthropic deeds? He already got up to a lot before, so a gadget like this could only help keep him connected better than ever!

Know of someone who would love to own a Facebook smartwatch? Tag them in the comments!