Facebook Confirm Arrival Of Ray-Ban Smartglasses: Here’s What We Foresee 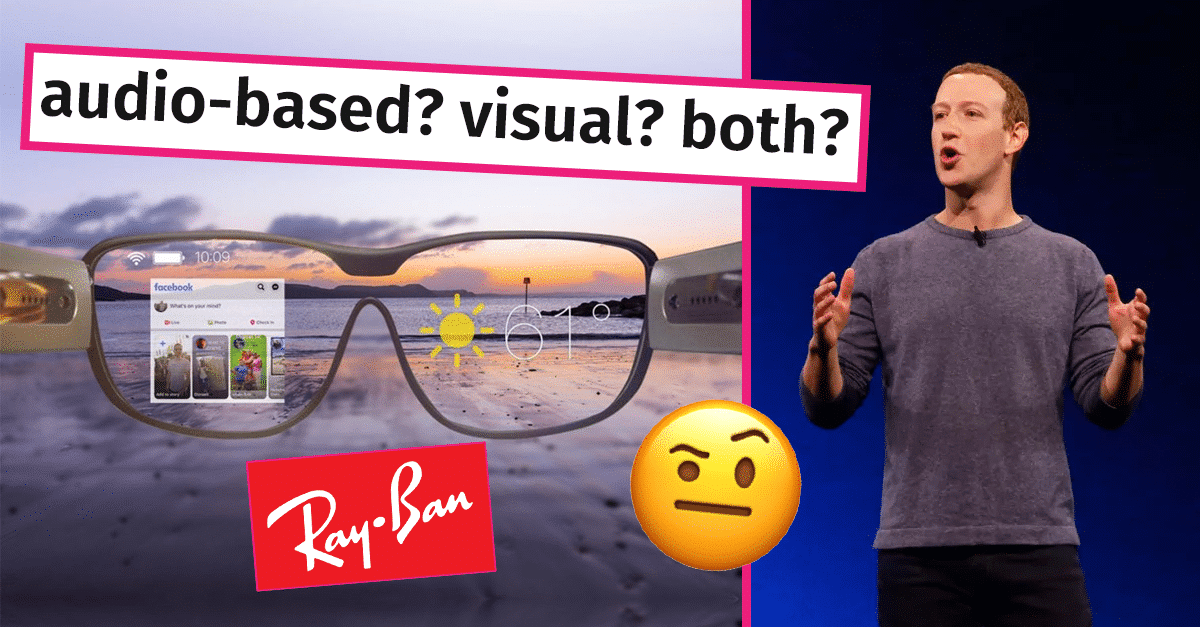 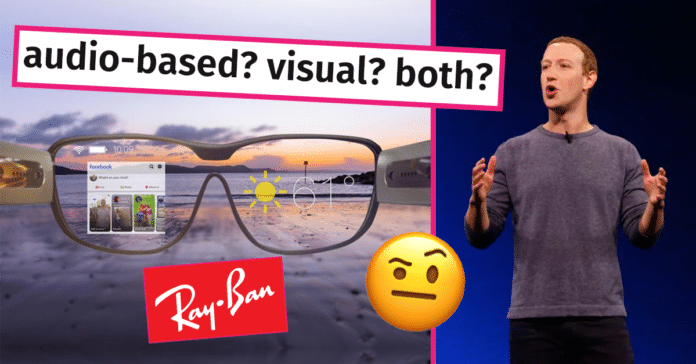 Mark Zuckerberg recently confirmed that Facebook’s first product will be Ray-Ban-branded smartglasses. Of course, our first thoughts were that we’d get full-on alternate-reality, mind-bending glasses (yes, we dream big, OK?) but once we got down to the bottom of it all, it’s still a mighty-impressive product, but not as incredible as we’d hoped.

More of a phone accessory

Facebook suggested that these glasses will work with smartphones, and since Ray-Ban will be building these glasses, it’s unlikely to factor in AR, with which it’s notoriously difficult to merge prescription lenses. Facebook also pretty much confirmed that the glasses won’t have their own display, which means that the phone connection will almost definitely be audio-based.

Though we think of Facebook to be predominantly a visual-based experience, it’s also likely that a camera (or cameras) will feature at some stage, though of course there’s a lot of data privacy red tape that needs clearing before that comes to fruition.

Eyeing up the future

With that said and cleared, Facebook’s head of AR/VR hardware, Andrew Bosworth did say that the glasses will surely not be AR, but will lay most of the groundwork for future AR glasses. “They do a lot of the concepts we think will eventually be critical for augmented reality glasses. It’s all components that people have seen before, but never all in one place,” is what he had said in a previous interview.

The goal is to help people stay connected more than ever before, which we’re not entirely sure about; if you’re not checking your phone, it could be your watch; if not your watch, it’s going to be your glasses then. And as we know, information overload is a key contributor to burnout, since you’re limiting your time to switch off.

At the end of it all, these glasses will simply be Facebook’s gateway to accessing the wearable computer market, ahead of their smartwatch launch next year. These glasses will probably drop sometime later this year, but expect full-on AR/VR glasses to take the best part of a decade before something concrete takes place.