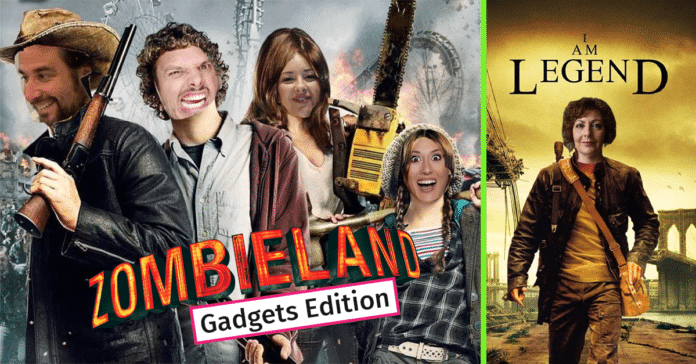 When the trailer for “Locked Down” dropped, at first we rolled our eyes. “Here we go, the first movie set during the pandemic”. Then, once the plot became somewhat clear, it might actually be an enjoyable movie. And that got us thinking – which movies could be repurposed into COVID-19-styled movies?

I Am Legend – Charmaine Gauci

Nowhere else to start, no one else for the role. Charmaine Gauci was the only one who listened to her own advice, now the entire country is in ruins. She broadcasts her press conferences just the same, in the hope that someone else follows her message.

“My name is Charmaine Gauci. I am a survivor living in Malta. I am broadcasting on all frequencies. I will be on TVM every day at mid-day, when the sun is highest in the sky, with directions to follow to avoid COVID-19 transmission. You are not alone.“

It’s actually not that hard to imagine given the pre-completion mayhem in that stretch of road. However, picture it otherwise: works stop and never continue; the vaccine is never invented, and we’re left to roam the Marsa wastelands in search of greener pastures in the south of Malta. The promised land of Birzebbuga.

A deadly virus spreads and the deputy prime minister is sent back in time to tackle the first and second waves. No one believes him after he’s told that “waves are in the sea, not on land”. In the end, he’s proven right, but since they don’t listen to him, the island is committed to the same fate.

A strange sickness making people crazy takes over the world, but the Gadgets team are crazy enough so remain uninfected. How do they survive? They learn to use some new gadgets. Not sure which worries us more: Ian’s smile with the shotgun, Justin’s anger with the shotgun, Rachel’s ease with a chainsaw or Tina’s joy at the world collapsing around them.

Which movie would you have included in the list? Tell us in the comments!