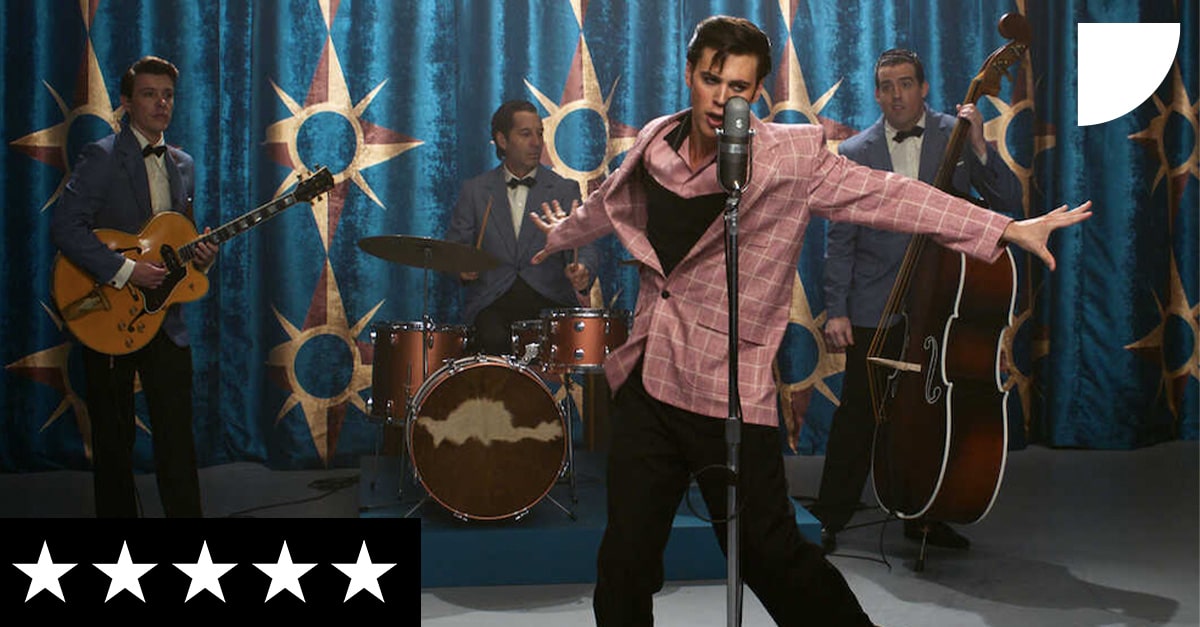 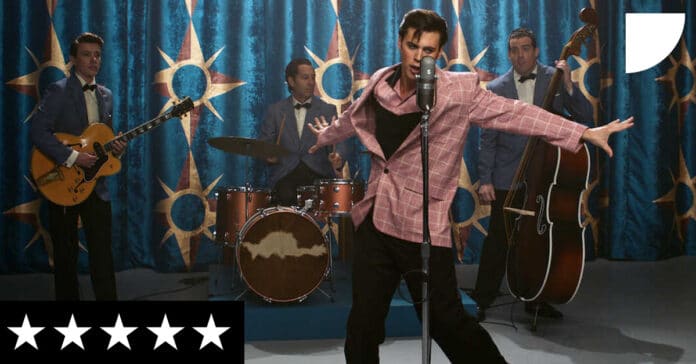 Director Baz Luhrmann is a brave man for taking on Elvis. He’s an icon as globally recognizable as Mickey Mouse and Jesus Christ. And with a whole lot of budget that’s already burned, the stakes couldn’t get much higher.

The Aussie filmmaker seems to have taken his cue from Amadeus. While the film is very much about the King of Rock (Austin Butler), it’s told through the eyes of Colonel Parker ( Tom Hanks), a Salieri-like schemer who becomes the naïve star’s possessive manager.

It’s clear from the start that the auteur has lost none of the energy that lit up his glitzy extravaganzas Moulin Rouge! and The Great Gatsby. This is a pure shot of undiluted Luhrmann, transporting contemporary audiences to the raw excitement of Elvis’ concerts, bringing The King back to electrifying life.

Of course, his savviest decision was the casting of Austin Butler. The young actor is so utterly convincing, one wonders what voodoo magic possessed him with Presley’s soul. His performance is the revelation of the decade. Make no mistake, a star is born.

“Butler’s performance is the revelation of the decade.”

Hanks, a man so likeable he’s called ‘America’s Dad’, is clearly relishing the chance to play its creepy uncle. It’s a deliciously hammy performance. With his vague European accent and unflattering prosthetics, Hank’s Colonel is the best Bond villain that never was. He even delivers the old ‘We’re The Same, You and I’ routine. In any other movie, Hank’s scenery-chewing would be distracting. Within the heightened world of this Baz-Bonanza, it’s pitch-perfect.

After all, Luhrmann is a director incapable of understatement. Everything is very loud, very big …and very fast. This is a bullet train through Elvis’ life, whizzing through the highs and lows with a roller-coaster velocity. Despite a running time flabbier than late-period Presley, the film never sags.

” A bullet train through Elvis’ life…”

While the ride is thrilling, the route it takes is undeniably well-worn. This covers most of the tropes in the Rock-Biopic playbook. Ever since Walk Hard: The Dewey Cox Story parodied them with razor-sharp accuracy, it’s impossible not to notice the cliches. Still, unlike the lifeless Bohemian Rhapsody, this movie hits those beats with such flamboyant panache that you’ll be too swept up to care.

All hail…the King is back.

An exhilarating biopic from a visionary auteur, powered by a truly star-making performance from Austin Butler.