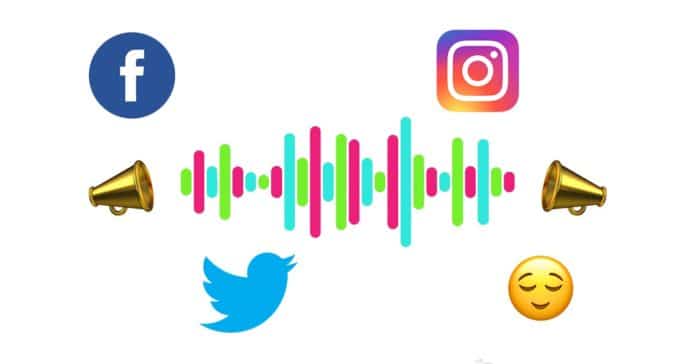 Cast your mind back to 2016. It was undoubtedly one the hottest political years in history, with both the Brexit vote and the election of Donald Trump. This double whammy left many progressives devastated and, crucially, surprised.

You’ve probably heard the term, but if you’re still unsure as to what it means, allow us to give you a refresher course. An echo chamber is a metaphorical description of a community, which can both be physical or digital, where the same opinions are shared. While the Echo Chamber reinforces our beliefs, it also makes it harder for us to see the other side of the arguments.

Now, truth be told, this is hardly a new phenomenon. In fact, anytime we’re surrounded with those who are biased to our opinion, we’re in a kind of echo chamber. This could apply to the TV channels you watch, the papers you read, even the town you live in.

But the phrase has gained traction with social media, which amplifies the effect greatly. When we scroll through our feed, we’re greeted with articles and videos that seem to give us an idea of what’s happening in the world. What we can fail to acknowledge is that these are being shared by our  friends, who likely share the same opinions that we do. So we’re actually seeing a one-sided view.

On top of that, there is another, more insidious factor at work: algorithms.

Algorithms are complex codes based on the searches and content we consume, that feed us back stuff that it predicts we would be interested in. If you’re into films, for example, Facebook will automatically start suggesting articles related to movies. This works the same way with political content. Confirmation Bias must also be taken into account. This is the psychological tendency to remember and favour information which suits our opinions.

This not only gives you a distorted idea of what the majority feels, but makes it harder to see the other sides of the argument. This is causing a greater divide between the left and right.

It seems ironic that the Internet would amplify division rather than unity, given it’s a common platform we all share. But this eventuality was predicted over two decades ago. In 1996, Marshall Van Alstyne and Erik Brynjolfsson,  researches at MIT ( Massachusetts Institute of Technology), seemed to predict this with impressive foresight:

“Individuals empowered to screen out material that does not conform to their existing preferences may form virtual cliques, insulate themselves from opposing points of view, and reinforce their biases. Internet users can seek out interactions with like-minded individuals who have similar values, and thus become less likely to trust important decisions to people whose values differ from their own.”

Of course, Malta is not immune from this either. In 2017, on the popular current affairs programme, media experts George Mallia and Carmen Sammut discussed this very real problem with  host Saviour Balzan. Sammut, a university lecturer, noted how the aggressive nature of online debates can lead us to block or unfollow those who challenge our views. Sammut added:

“Even I have had to bite my tongue not to remove Facebook friends who were writing racist comments. It’s part of human nature – people use social media in the comfort of their own homes and don’t like this comfort being disrupted.”

And this is exactly the problem: comfort. Because, while we may claim to want objective truth, we enjoy the comfort of our echo chambers, the sense of validation that we’ve got it all figured out.

Having our beliefs challenged is, well, challenging, but it’s vital if we are to intellectually grow and think more maturely. So, what can you do?  Firsty find objective news sources, and read more than one. Keep and open mind with those who disagree with you, and always think critically about the content you consume.