Don’t Worry Darling: A Wilde Ride with Plenty of Styles 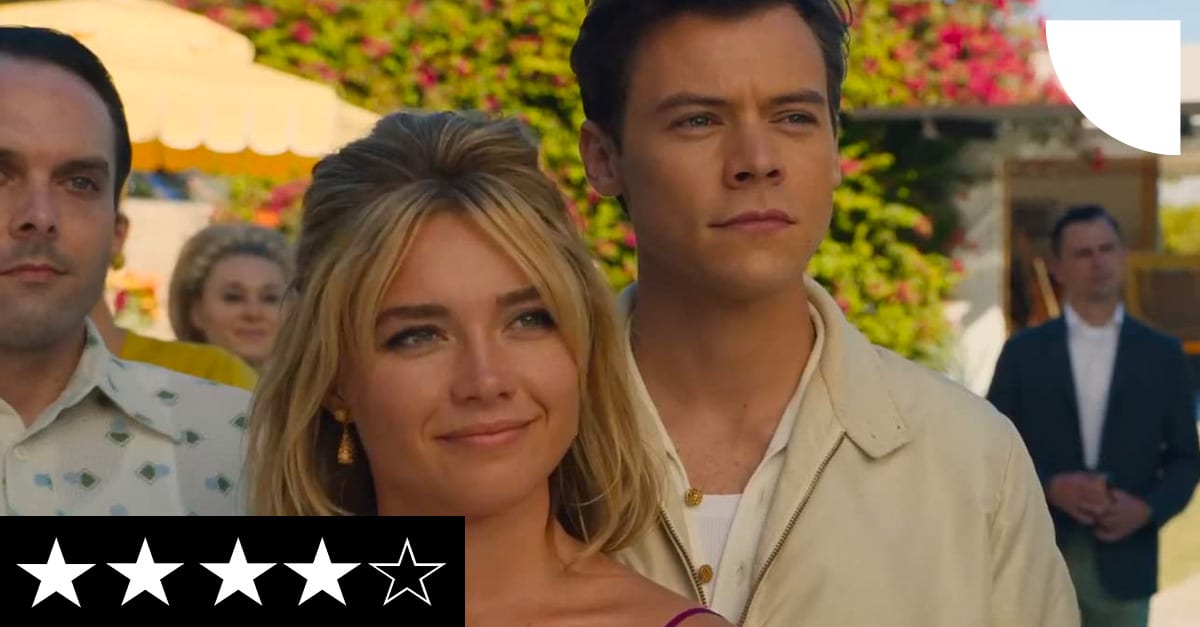 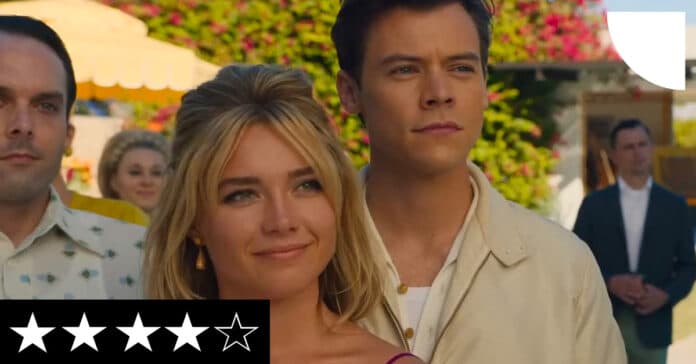 There’s something inherently sinister about a suburban utopia. Films like The Truman Show, The Stepford Wives, and Blue Velvet have all taught us to question what lurks beneath those white picket fences.

“Wilde, following up on her acclaimed debut Booksmart, is very assured in her direction here.”

Olivia Wilde’s Don’t Worry Darling falls very much within this tradition, a nightmarish vision of the American Dream. Set in a Twilight Zone version of the 1960s, the story follows Jack and Alice, played by Harry Styles and Florence Pugh. The young couple resides in an idyllic desert town, part of the mysterious ‘Victory Project’. The housewives are content to be kept in the dark while their husbands spend their day in an off-limits research centre. Alice, however, begins to realize that something is seriously off with the Victory Project, and its unsettling leader Frank ( Chris Pine).

Wilde, following up on her acclaimed debut Booksmart, is very assured in her direction here. The production design of Victory is superb, Edward Hopper by way of David Hockney, while Matthew Libatique’s sunbathed cinematography is luminescent. The film’s soundtrack also adds a tremendous amount of atmosphere, from the several doo-wop needle drops to John Powell’s incredibly eerie score.

There’s no denying, though, that for a plot that hinges so much on its big twist, the reveal itself is all too predictable. Like the red biplane that flies over Victory, you can see it coming from a mile away. You’d have had to miss out on an awful lot of sci-fi movies and TV to feel any genuine surprise.

“The film is largely an enjoyable ride.”

Wilde and screenwriter Katie Silberman have a lot of fun throwing in intriguing moments, yet aren’t interested in paying them off. For some viewers, these may be tantalizing bait to rewatch it for clues, though many more will simply leave the cinema scratching their heads.

Still, the film is largely an enjoyable ride, led by a stellar cast. Pugh once again turns in an expectedly excellent performance ( and makes this a cool B-Side to the superior Midsommar). Harry Styles, replacing Shia Laboef, is a capable actor, if not exactly a memorable screen presence. Wilde’s most inspired choice, however, is casting heartthrob Chris Pine as the villainous Frank: there’s something disturbingly unpredictable hiding behind those icy blue eyes.

A gripping psychological thriller, gorgeously shot and handsomely cast. It’s not as original as it thinks it is, but Wilde gives her sophomore effort a huge amount of style.