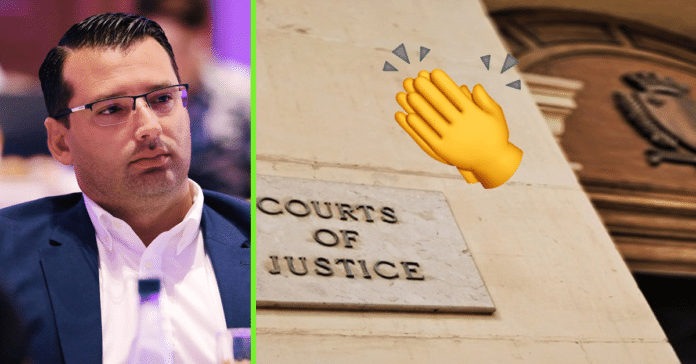 When Manuel Mallia handed in his resignation recently to take up his place as Malta’s High Commissioner to the UK, many, though not all, were familiar with his successor, Jonathan Attard. However, given his wish to see Malta’s courts digitised, we’re pretty sure we’ll become a lot more familiar with his name soon.

If there’s any justice in the world…

It needs to be swift, and “swift” is not a term often associated with Malta’s courts. That’s why Attard’s proposal, as part of Labour Party’s 100IDEA initiative, to digitise the courts “through all tech tools available at every stage of the process” stood out to us. In short, it will improve transparency, accountability, and above all, efficiency.

“Look at the Planning Authority’s online model,” Attard explained, “that’s what we, and others, should aspire to emulate. This would address the issue of needless bureaucracy, although bureaucracy can’t be eliminated completely, as it would affect certain court procedures negatively”.

All those in favour

We also wanted to know what the reaction was to this idea, but it’s not as radical as some might initially think. It’s more of a natural progression as tech continues to blend seamlessly into our lives. “There’s been a national and continental push for this”, Attard says, “EU funds are being used to make sure it happens”.

A lot has already been achieved in recent years. A number of court rooms have recently been equipped with webcams and monitors to facilitate virtual sittings, a list of acts that could be filed electronically has already been drawn up and the necessary legislation to put this into effect started to be presented in parliament by Justice Minister Edward Zammit Lewis.

There’s no way of putting a timescale on such a reform. “Everyone operating within this sphere stands to benefit, so it’s got broad support. However, there’s no real timespan on it because it’s both a monumental task, and tech never stops evolving, so this process has to be ongoing”.

Adding some depth to that last statement, it’s great to see that, although Jonathan Attard only became a member of parliament a couple of days ago, he’s got his eyes on the future. Steadfastly behind a number of proposals recently launched as part of the Labour Party’s 100IDEA project, he knows there’s no resting and he’s already looking at potential improvements.

It was a move that was always going to happen, he concludes. “It was a tolling bell that rang louder with the pandemic. We saw how well people were working remotely, so we knew that the next step had to be digitising these processes, because people deserve to find justice as efficiently as possible”.

Which other systems would you like to see get the digital treatment?