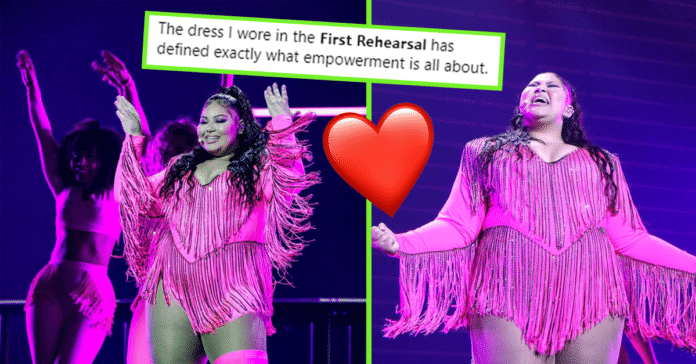 Opening social media apps at any point between Sunday and Monday, there was no escaping the one topic on everyone’s mind and fingertips. Irrespective of whether you follow Eurovision or not, newsfeeds were inundated with fashion tips and opinions. Isn’t that what social media is for? No. No it’s not…

Take a step back

This isn’t about the idea of “If you don’t have anything nice to say, don’t say anything at all”. That premise would remove the notion of constructive criticism, from which we can all grow. Where the line needs to be drawn is when comments get offensive, and people try to dictate what someone should be wearing.

We’ve already advocated against the spread of online hate, which we only reiterate. If you don’t like the dress itself, that’s one thing. If the only “constructive” thing you’ve got to share is weight-related, then you might want to take a step back and re-evaluate what you’re about to say.

Some people managed to be critical of the dress without the need to resort to insults and actually gave the perfect example of how to provide feedback without spitting acid.

Credit to her and her team, Destiny’s self-belief is iron-clad, as it needs to be in this industry. Nevertheless, it’s always good to have support from the wider community!

Of course, these are just two posts from a plethora of similar messages. Despite the backlash, there’s support in equal measure, if not more, among the wider community, which is great to see. Let’s keep it that way.