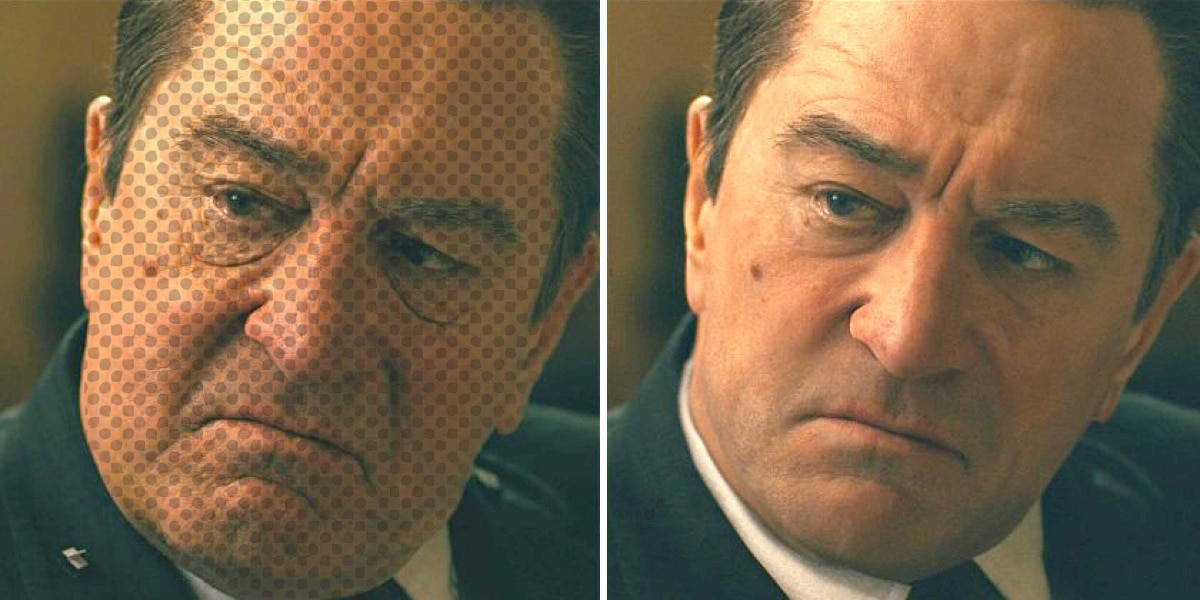 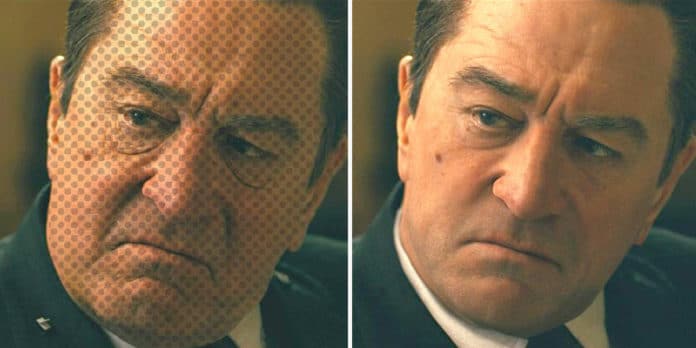 The Irishman: A Failed Experiment?

The Irishman generated a lot of hype, and with good reason. Mostly, it was because it reunited Hollywood’s most legendary collaborators, Martin Scorsese and Robert De Niro. But the other intriguing prospect was the film’s use of de-ageing CG (specifically a software system called FLUX developed by effects house ILM). This, we were promised, to allow 76 year old De Niro to play mobster Frank Sheeran across his life, including in his 50s, 40s, even 20s. For cinephiles this was a mouthwatering prospect… could we see De Niro back in his Taxi Driver prime?

Well, not really. The de-ageing in the Irishman, to be brutally honest, cringeworthy. De Niro could get away with playing a man in his 50s, but the CGI could never sell him as a young man. His face looked artificially smooth, while his posture was that of someone well past middle age ( the infamous ‘grocery store’ scene is a glaring example of this). This made many of us question: Is de-ageing CGI really the future, or a failed experiment?

It should be said that it isn’t anything particularly new. It first came to prominence in 2006’s otherwise forgettable X-Men: The Last Stand. The superhero threequel turned the clock back 20 years for Ian Mckellen and Patrick Stewart  Looking back, it’s a pretty impressive feat for the time, and opened doors to what was previously thought of as impossible. This led to a baby-faced Brad Pitt in The Curious Case of Benjamin Button and a young Jeff Bridges in Tron Legacy. Both (especially Bridges) looked slightly off. Their performances shone through, but a smooth ‘playstation’ sheen remained.

‘Youthification’ CGI took a big step forward with the Marvel Cinematic Universe, thanks to the computer wizards at Lola VFX. A flashback scene showing a young Robert Downey Jr. in Captain America: Civil War is remarkable, while a 20-something Kurt Russell in Guardians of the Galaxy is practically flawless.

How to Make it Work

So, why, then, could this not be the case for The Irishman? Firstly, casting is vital. Robert Downey Jr. still has the physicality needed to play his younger self, while De Niro, at 76, is just too old and weathered, and the attempt to make him look under 40 was simply too ambitious.

Meanwhile, the technique plays a major part too.  To achieve his youthful appearance, Russell was morphed with a younger look-alike, Aaron Schwartz. The film Gemini Man took a different approach. Will Smith performed his part in a full motion capture suit, and a photorealistic  avatar of himself (circa 1989) was created from scratch. Scorsese decided to shun any approach that burdened the actors with too much tech. While that may have helped the performances, it did no favours to the VFX.

Is it the future?

De-Ageing CGI isn’t a failure. It’s just evolving, and at this point in its evolution, The Irishman simply bit off more than it could chew. But this is a tool that will undoubtedly be perfected in years to come. Deep Fake technology might well push it to the next level, and independent youtubers are already creating more convincing De-Ageing videos than blockbusters.  It’s a tantalizing thought. For the studios, the prospect of churning out sequels and remakes with their old stars must make them see dollar signs. For actors, petrified of ageing in a superficial business, the elusive fountain of youth may finally have been found. Just don’t drink too greedily.