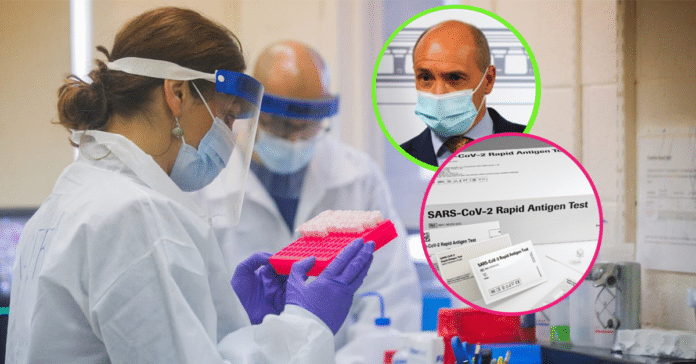 At the end of September, Health Minister Chris Fearne had announced that Malta would be receiving a shipment of COVID-19 rapid-testing packs. Now that they’re here, here’s what we know so far and what we’d like to know soon.

The test needs to be administered by a health professional, and results can be given in 15-30 minutes. The plan is to have these tests run alongside current procedures. The word from the minister is that the best way to fight the virus is to have as clear a picture as possible of current cases, only possible through widespread testing.

The rapid-testing kit was tested on over 400 people prior to launch, and from this sample has a sensitivity of 96.52% and a specificity of 99.68%. The study was conducted by two separate entities but using the same product. The test can be used for those showing symptoms as well as possible asymptomatic carriers.

Air Malta has also backed such testing for pre-flight passengers, seconding the International Air Transport Association’s statement recently. This could be the alternative to quarantine and might be the first step to helping airlines find their feet once again.

Earlier today, the government issued a statement that further guidelines will be forthcoming, however, did not give specifics. Despite PM Robert Abela telling hoteliers that restrictions need to be tightened, he also said that no industry will be suffocated. That comes as a worrying statement to most, especially given the record number of daily cases over the past week or so.

No price has been announced for the rapid test at the time of writing, although it is expected to be below €100, possibly well below that amount.

What else would you like to know? Get in touch via the comments section.