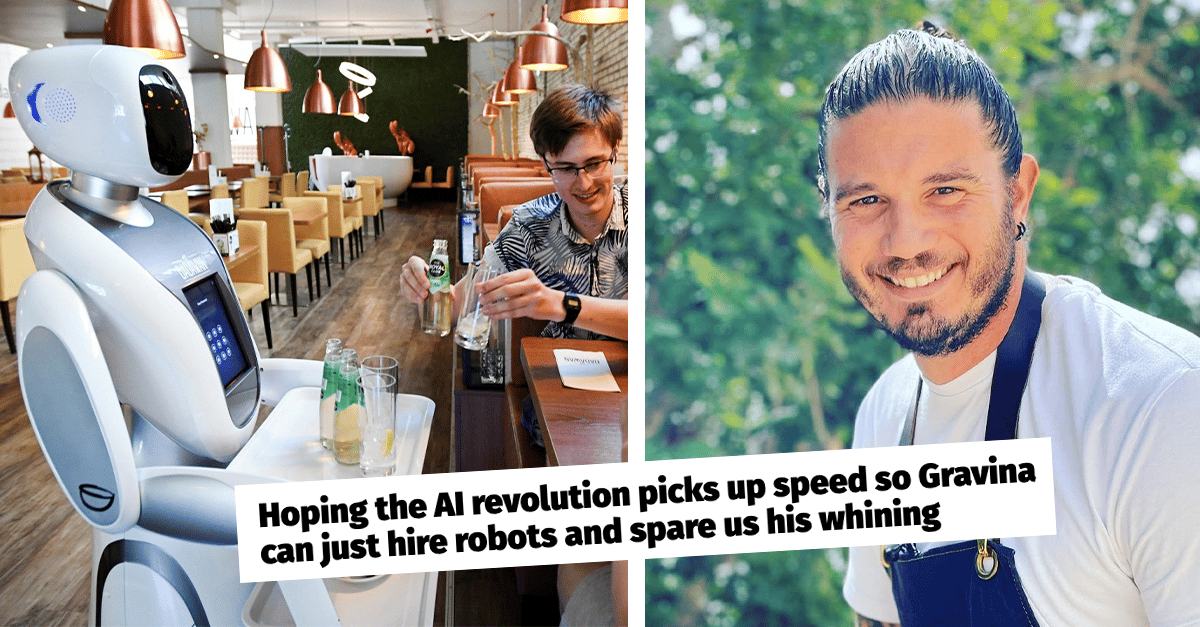 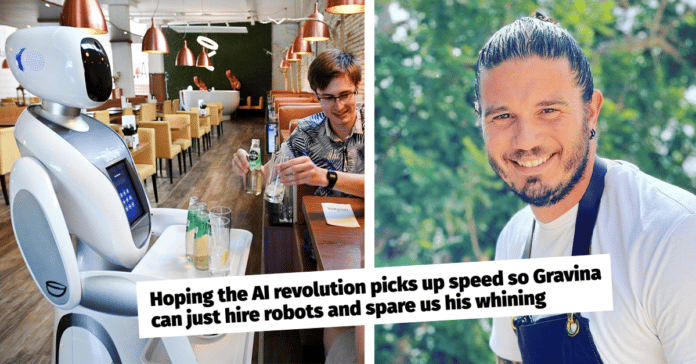 Chef and restaurant owner Sean Gravina has hit out at a MaltaToday article that essentially mocks him for having spoken about the staff crisis in the catering industry.

In a separate article published on LovinMalta, Sean Gravina dismissed the argument that the crisis was due to low salaries and was quoted as saying that the “Maltese don’t want to work in the catering industry for one reason and one reason only, because of the work-life balance – hours”.

MaltaToday’s reaction: “Hoping the AI revolution picks up speed so Gravina can just hire robots and spare us his whining”.

Of course the owner of Crust Bistro & Bar wasn’t pleased and said that ridiculing those who speak up is a tactic that only very dangerous people do.

He sure is right – everyone is free to speak their mind, after all. Is it so hard to disagree with someone and make a counter-argument, rather than resort to personal attacks? Instead, Gravina was mocked as being the “husband of (singer Ira) Losco” and told that he is “whining”.

Robot waiters could be a good idea

Having said this, and to focus on the argument rather than the person/media house making it, Gadgets feels that robot waiters could be a good idea.

The idea had been floated by the President of the Malta Chamber of Commerce, Marisa Xuereb, and there do seem to be a number of benefits.

Interestingly, in some places like in the US and the Netherlands, some restaurants have struck a balance between robot waiters who do the more generic chores of delivering food to tables or registering orders, and human waiters who would explain the menu in detail and answer clients’ specific queries.

Could Malta soon have its first robot waiters?