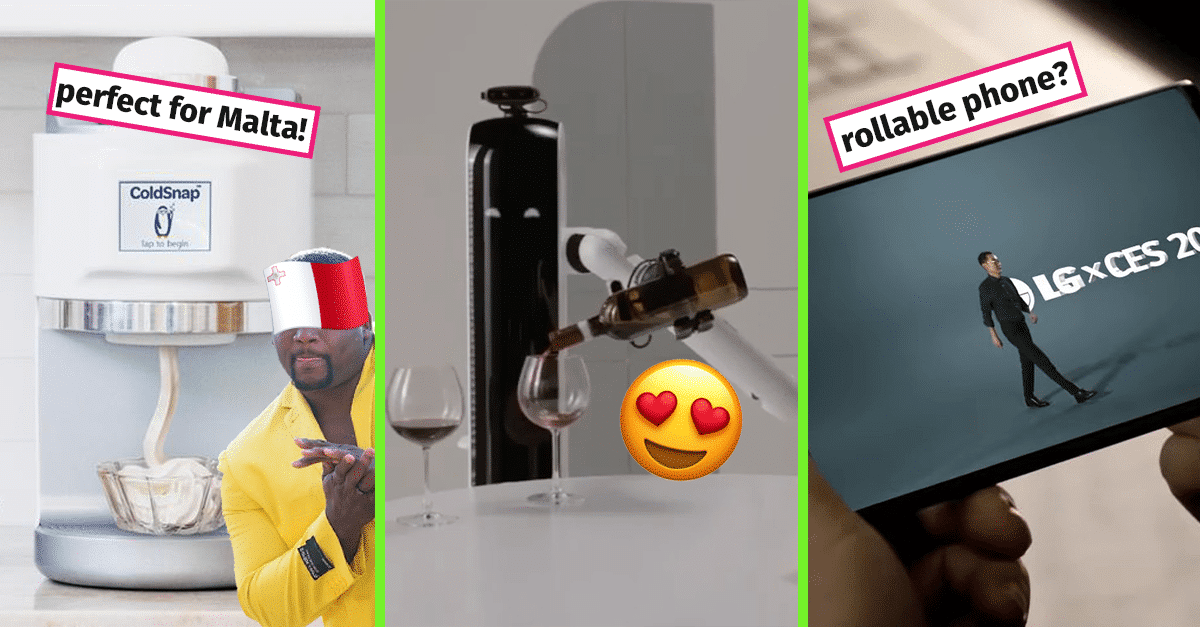 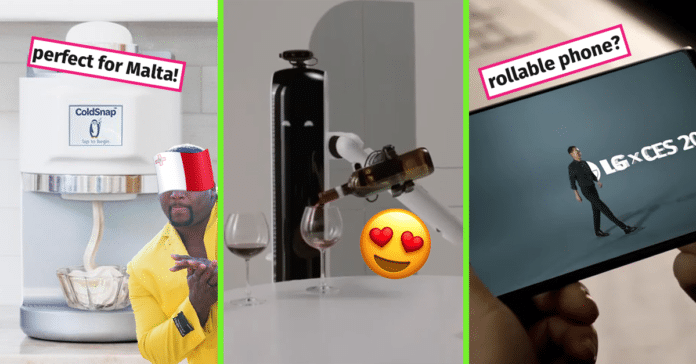 For the uninitiated, the Consumers Electronics Show (CES) is a yearly show-piece event where innovators hit the stage and businesses…well, do business. All the latest gadgets and tech are announced there, and here’s what we’re really looking forward to!

You know those coffee-pod machines becoming staples of so many households? Well, ice cream is next on the list! The ColdSnap follows the same process with frozen treats coming in pods. Each one has a built-in QR code and a mixer to ensure you get the right consistency for the specific pod you’re making, and although it’s kinda noisy, expect this gadget to become quieter and faster in time! Ain’t that perfect for our sunny island?

Security and peace of mind are priceless, but Lockly’s latest locks give you that for around €350 – €400. The first one, the Lockly Duo, combines latch and deadbolt control into one smart lock. There’s a PIN screen and a fingerprint scanner, but with the app you’ll also get auto-lock timing and e-keys.

The second is the Lockly Guard, made specifically for sliding and swing-style doors. For an extra cost, you can add RFID card acceptance, Google Assistant or Alexa integration, and remote access once it’s connected to your Wi-Fi network.

Samsung has already made a clean sweep of plenty of awards, but what had us intrigued were their latest home robots. The South Korean tech giant unveiled three new robots that unsurprisingly make heavy use of artificial intelligence.

The JetBot 90 AI Plus looks like a normal robot vacuum, but comes packed with a lot more tech. Apart from improved cleaning, it also disposes of what it collects at the charging station. You can also access the camera to get a live feed of your home, for added security.

Though the Samsung BotCare is more of a personal assistant, the Samsung Bot Handy is where the real fun begins, as it’s designed to be an extra hand around the house. Using AI to recognize and pick up objects of different sizes, shapes, materials and weights. Therefore, it can determine what amount of force to use, as it helps you clean up messes, clear the dishes and pour you a glass of wine if necessary!

Could the time for foldable phones be over before it even really starts? LG showed off their LG Rollable phone, but it’s still being labelled an experiment. Some reports have assigned a March 2021 release date, but there’s no official word from LG themselves as yet.

The pandemic forced the movie industry to rethink their view of streaming services, as many major films are released to networks the same day they’re released in theatres. Therefore, as expected, TVs are part of the forefront at this expo. Companies are showing off bigger and brighter OLED screens, new QLED screens and screens so big you can watch 4 shows at once. Why? Because we can, apparently.

Last but not least, the way the pandemic re-shaped fitness cannot be ignored. There’s a huge demand for at-home training regiments, so fitness apps have come to the fore. New players on the block such as Ultrahuman and Amazfit entered, although Samsung TVs are even getting in on the fitness action. One new feature on their 2021 televisions is called Smart Trainer. It lets you attach a webcam to your TV, and the Samsung Health app tracks your workout progress, while offering tips and encouragement.

What do you think of these announcements? Let us know in the comments!