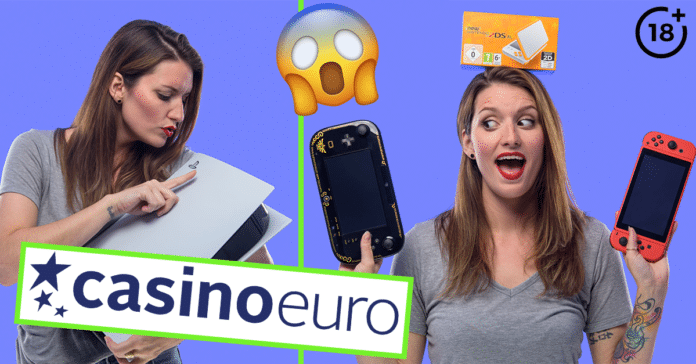 After bringing their viewers Street Fighter 2 and Halloween-themed slot game reviews and various other online casino slot games, CasinoEuro finished a special kind of video that will have your eyes glued to the screen asking for more!

For the last several months, CasinoEuro has entertained its crowd with its stellar online casino slot game reviews. For the final episode of the series, they decided to add a little twist to the kind of review they would be making for their fans.

Due to much curiosity from their audience and their own, CasinoEuro asked viewers for help in their final announcement video. Help in suggesting the craziest places and devices you can run slot games.

Have you ever heard that an online game provider tried playing slots on a billboard? Probably not, but as always, CasinoEuro strives to keep its fans happy. After all, they are the reason this type of unique gadget haul came about.

Since the start of the slot games reviews, viewers were intrigued by the fact that you only need a device with a screen and internet browser to spin the reels. Of course, since everything else was so detailedly covered, the only burning question left from the fans is playing on any device with the two necessary elements.

To save their fans both time and money trying to find the answer, CasinoEuro tried out more technological devices than you can even imagine. Starting with some small-sized screens, such as smartphones, which worked like a charm, they moved forward with any and every ‘smart’ device that comes to mind.

Smartwatches were somewhat of a success; while they could open the CasinoEuro page, playing slots was a no-go. Like to play games while lying down on the couch? Why not? The reels spin faster than ever!

Although all that clever stuff is excellent, they tested the limits when it came to locating a browser on the PS5 or going back a decade or two with the Nokia 3310. Not to mention the giant billboard that had Street Fighter 2 up and running in no time.

After all this time, it seems that the host’s companion, the camera, wanted in on the action, too. It looked to be love at a first flash. The show’s lead star had a special cinema slot game preview, all for themselves. Provided the CasinoEuro team kind of third-wheeled the date, it was worthwhile considering they managed to spark up a slot game on a screen that no one would ever imagine playing on, much less going for a spin or two on the Book of Dead.

Although the review series seemed to end in a flash, CasinoEuro went out with a bang. So head over to the CasinoEuro YouTube Channel to check out all the gadgets they tested out!

Disclaimer: Play responsibly. Gambling can be addictive and may result in difficulties to stop even when you know it is causing issues. Players must be over 18. For help visit https://www.begambleaware.org/. The operator of the YouTube channel and CasinoEuro.com is BML Group Ltd, Maltese company registration number C-34836, having its registered address at ‘Betsson Experience Centre’, Ta’ Xbiex Seafront, Ta’ Xbiex, XBX 1027, Malta. BML Group Ltd is licensed and regulated by the Malta Gaming Authority under licence MGA/CRP/108/2004 issued on 1st of August 2018.