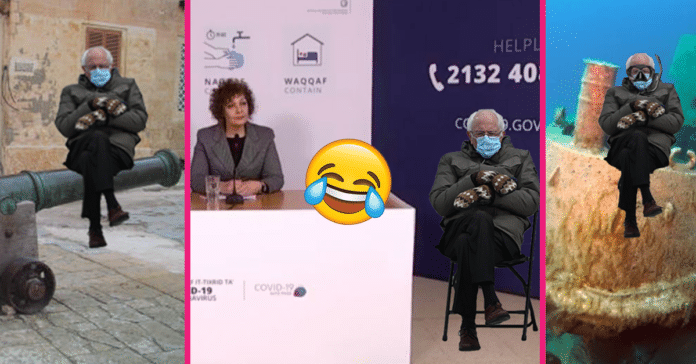 In just two days since President Biden’s inauguration, Bernie Sanders has stolen all the limelight, as he zips around the globe in meme-form. Laidback posture, seemingly handmade mittens and legs crossed, The Bern has been spotted everywhere, including Malta. Where else might The Seated One appear?

The man’s got your best interests at heart, so rest assured your car is in safe, mittened hands.

One legend next to another, we think these two would get along really well.

Highlight of any kids’ visit to Mdina. Bernie’s even better: he did when he’s almost 80.

When you’re Bernie, there’s no place you can’t go, including the depths way down below.

He wasn’t quite sure what he was doing in our offices, but he was nice enough to spend some time with us anyway. Top lad.

Where have you spotted Bernie, or hope to see him? Let us know in the comments!