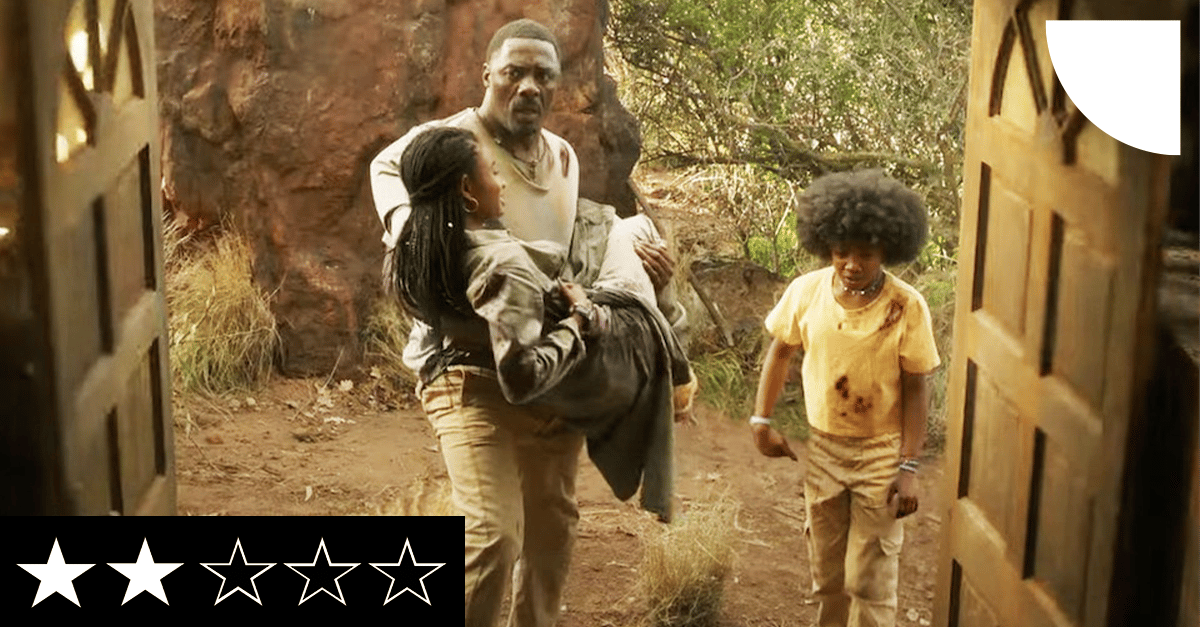 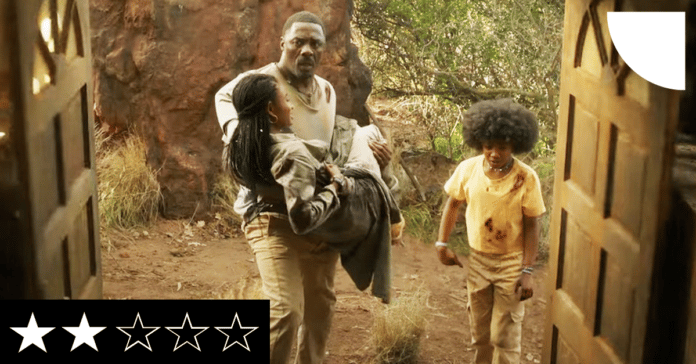 It’s a testament to the divine inspiration of St Spielberg that two original movies this summer are homages to his work. While Jordan Peele’s Nope genuflects to Jaws, Beast tips its Safari Hat to the master’s other seminal creature feature: Jurassic Park. It’s hard to miss the similarities: here, once again, are children of divorce on a wildlife vacation where, as Dr Ian Malcolm would put it, the ‘oohs’ and ‘aahs’ quickly turn to running and screaming. This time though, the coterie of dinos is swapped with one very pissed-off lion.

Idris Elba, a man now widely known as ‘The Guy Who Should be Bond’, stars as Dr Nate Samuels, a widowed New York doctor taking his children to their mother’s ancestral village in South Africa. What Nate hopes will be a chance to heal emotional wounds turns into a fight for survival, where the wounds are a lot more bloody.

“Elba’s a great talent, but he’s given a largely thankless role here as the rote protective father”

Elba’s a great talent, but he’s given a largely thankless role here as the rote protective father; the star unfortunately doesn’t manage to elevate it to anything more interesting. Iyana Halley and Leah Sava Jeffries do their best with the roles of the daughters, and have convincing sibling chemistry, but are lumbered with some awfully clunky dialogue. Only Sharlto Copley seems to be having any fun. He plays a reserve enforcer who is essentially the South African Robert Muldoon (the ill-fated gamekeeper from Jurassic Park).

For the most part, the film manages to be a mechanically efficient B Movie. Director Baltasar Kormákur offers little in the way of style, but his use of long snake-like camera movements through a ghostly tribal village is eerily effective. Meanwhile, the Beast itself is an impressive bit of CG animal-wrangling. Computer-generated lions have certainly made huge pounces forward since The Chronicles of Narnia.

However, the film chucks realism out of the jeep in the last act. The lion seems to have the terminator-like single-mindedness and pops up purely at the screenwriter’s convenience, believability be damned. The real head-scratcher, though, is when Elba’s Nate does something so ludicrously out of character in the film’s conclusion that it undermines the entire shebang.

There’s nothing wrong with an unpretentious survival flick, and as a bit of toothy Friday-night fun, it’s just about fine. The problem is that it’s so lazily generic it will fade from your memory faster than those vacation pics your friend shared on Facebook.

Stuck in a cage of mediocrity, Beast never manages to roar.