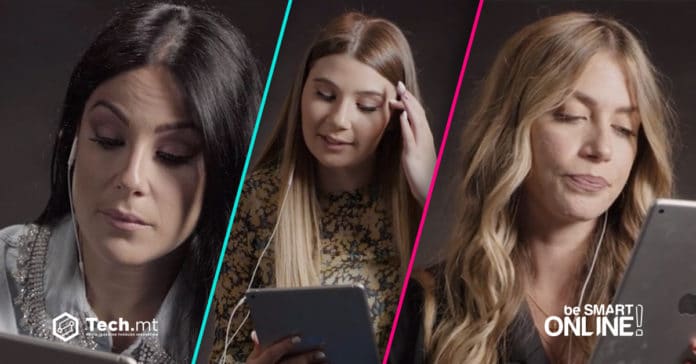 Tech.mt, a public private partnership concerned with promoting the National Strategy for Technology and Innovation is leading the ‘BeSmartOnline!’ project, aimed at protecting youths from malicious online behaviour.

They have now launched a video campaign to raise awareness on issues that include sexual harassment, cyberbullying and ‘fake reality’ shared on social media. With children and teens hooked to digital devices for hours on end, it’s our responsibility as adults to stay informed and do what we can to ensure their safety.

In order for the campaign to receive the attention it deserves, Tech.mt has approached some of Malta’s top influencers, public figures for whom the internet provides a platform for their professional life.

For Parliamentary Secretary Clayton Bartolo, this was an important collaboration:

“Just like politicians have the power to influence people, so do prominent public figures who have a large following, and are looked up to by most children and youths. It is within this power that we should all embrace the responsibility of having a prominent online life.”

The campaign will feature influencers Ira Losco, Tamara Webb and Michela Pace reacting to heart-wrenching, genuine stories of children and teens who have been targeted by online predators and bullies. These cases were presented to BeSmartOnline!, who provided much needed help to the parents in these dark times.