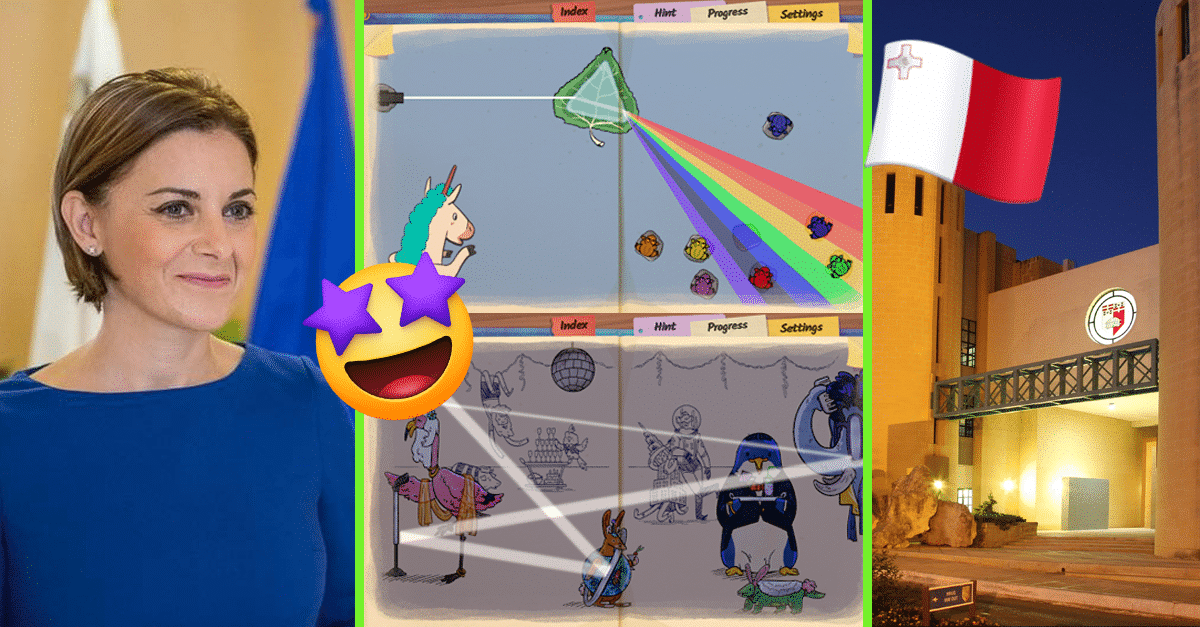 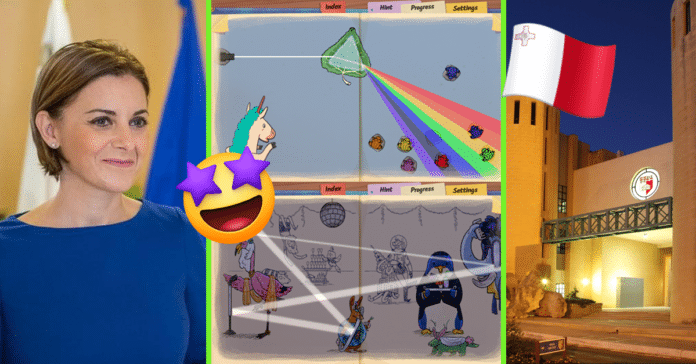 Developed by the Hydro Optomechanical Technologies (HOT) consortium, Ariana’s Magical Journal of Light is a tablet-based game designed to provide a discover-learning experience to both students as well as teachers. In an online event hosted by the Department of Physics and attended by Minister for Education and Employment Hon. Justyne Caruana, the app was explained and demonstrated.

“This is a tool which takes education to another level”, said Caruana. “It’s a more holistic experience that takes students on a journey”. She further explained that learning by discovery is more likely to appeal to student curiosity and thus be more likely to take on valuable information.

“It’s an innovative way of modernising the teaching of science”, she stated, “but more than that, it’s also key to equipping educators with the right tools to make their experience better.” As a country, we’ve achieved a lot, especially since Malta’s name is spoken of positively in European fora, but there’s still more for us to aim for yet.

Following Hon. Caruana’s address, Professor Cacciattolo (University of Malta Pro-Rector of Academic Affairs) highlighted the growing importance of outreach and relevance. “The launch of this app represents both of these in Maltese society.” He called on students to not be afraid of taking up a career in the sciences because there are so many more magical scientific journeys to undertake.

Professor André Xuereb, one of the minds behind the creation of the app stated that they wanted to inspire curiosity in kids, especially things that go beyond the established curriculum. As a member of HOT, the goal is to bring the innovations and ideas behind the project to as wide an audience as possible.

“We wanted to co-create something with local teachers for the local context”, he explained. “It’s a very powerful tool that has been developed strongly with the local community, as we spoke with as many local stakeholders as possible”.

They brought in elements that are not even mentioned in higher levels of studying physics but are still simple enough to integrate into the app. That way, students will be inspired to follow up after playing the game. Each puzzle targets a specific topic, colours, shadows and so on, the app lets kids “bend” and “break” the laws of physics, and experience a natural learning curve via the app.

Xuereb also called on the Ministry to make it accessible to students around the island, but it needn’t stop at just physics. The concept is infinitely adaptable, which means that it can be applied to any other subject too, thus revolutionising the way education takes place in Malta.

For now, the app is only available on Google Play, meaning that it can be played on smartphones and tablets. A version for Apple is likely to arrive soon, but given the difference in operating systems, it will require some further investment to happen.

And if you were wondering who the app is targeting, we can assure you, it’s everyone. From school students to adults, educated or not, the app is highly engaging, simple to use and explains everything in enough detail to trap your curiosity, but not too complicated that you’re left scratching your head.

Head to the Google PlayStore and download it now!