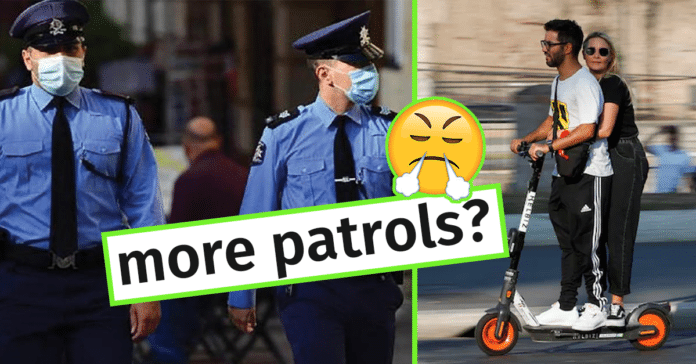 Ideas on paper tend to be golden, especially when they’d have worked to perfection in other countries. When it was mooted that e-kick scooters would be a great addition to the Maltese transport options, most would have probably been in agreement that they were a decent option. The reality, however, could not be further from the truth.

They were perfect for us…until they weren’t

Malta is the ideal country for such scooters or bikes. At just 27km in length and 14.5km in width (350km²), getting around should be easy, especially if the majority of travellers used small vehicles. Narrow roads won’t pose any problems and they’re easy to carry around too.

Look past the idea though, and the reality is a pretty stark one. First things first, while road improvements continue, many others are in dire need of upgrades. Low-quality tarmac, uneven roads and a plethora of potholes make for a terrible ride, and that’s before we address the issue of driving skills and lack thereof.

The current spate of roadworks (which are necessary) and construction however leads to narrowing of roads or lane closure. Travelling on a scooter, in tighter than ever roads, in a country where road rage is on the rise with nothing to protect you from a fall is not a recipe you’d want to mix.

However, it takes two to tango

The above is solely a description of the conditions riders would be faced with. The flip side of the discussion is that there are many riders for whom the laws and rules barely amount to guidelines. You can access the micro-mobility laws by visiting this page.

From issues of parking that is more akin to abandoning the scooter wherever the rider deems convenient, to not driving in the proper lane (riders should follow traffic, not drive opposite), there’s an endless list of infringements seen on a daily basis.

Part of the issue is lack of enforcement; which to a degree is understandable. There are simply so many of these scooters zooming around that it’s impossible to police each and every single street. With the infringements showing little sign of abating, is it time to partially pull the plug on this method of transport?

Decreasing the number of scooters available to rent would be a start towards better controlling and fining when infringements are spotted. Of course, this is a drastic measure, though not as drastic as going back to a world without them. eScooters have the potential to be beneficial to the Maltese transport sphere, but we’ve got to find a way of integrating them properly.

So far education and warnings have done little to stop the flow of these illegalities, and there’s pressure on all stakeholders involved to get things right. Accidents like the unfortunate one witnessed earlier this week, where an Italian teenager was grievously injured, are creeping up, which means a decision will need to be taken soon.

If they stay, then rules need to be abided by. If they go, it could lead to more car rentals, leading to more traffic and more emissions. Is it a scenario in which we’re all destined to lose?

Should e-kick scooters be banned or should there be better controlling?