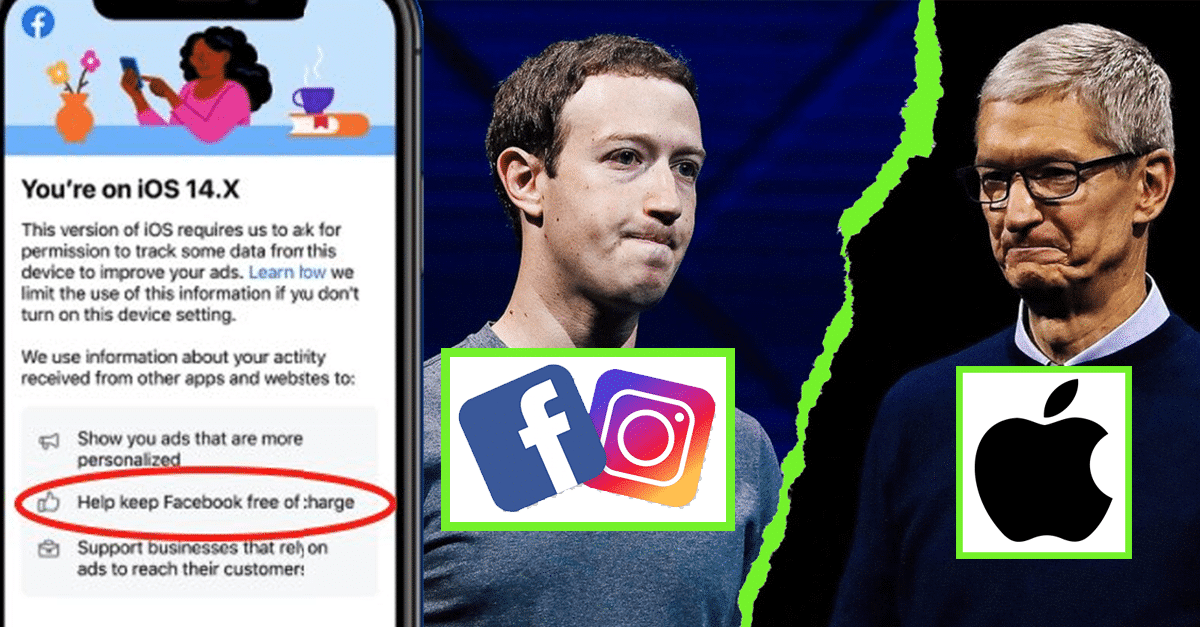 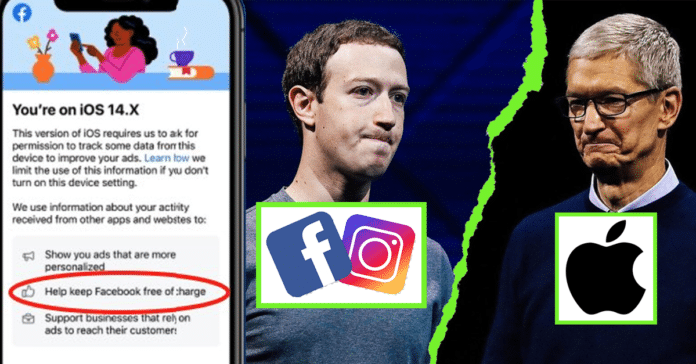 As recently as 2019, Facebook quite clearly had a little note on the log in page saying something they’ve evidently lost the meaning of. Or maybe their currency has changed? Here’s why Apple users might have received a strange-looking notification when opening their Facebook app.

The little note spelt out “It’s free and always will be”. Now, things change, everyone knows that. So have Apple users received notifications stating “Allow Facebook to track your activity across other apps and websites”? It’s because the cost of using Facebook was never directly financial. It’s user data and behaviour.

Apple has a well-document fight with Facebook about such data tracking, as one tech giant looks to stop the other. So what’s going on? Is Facebook really resorting to scare tactics? Also, since Facebook owns Instagram, anything that appears on the former, is likely to appear on the latter.

Apparently, that is the case. Should users be worried though? Not really. It’s highly unlikely that Facebook will change their business model any time soon. Their income comes from advertisers; should you opt out of sharing your data, the ads you’re shown won’t be targeted.

Before long, you might even opt back in so that you can start seeing more content that you actually like, rather than random ads that don’t exactly appeal to you.

At the end of it all, it depends on what you deem “free” to be in this equation. If it’s monetary, then Facebook will always be free of charge for users. If you understand your data to be a currency, then no, Facebook won’t be free of charge.

As one other news portal put it, “If you want to keep Facebook and Instagram free, we need your personal data.”

Have you opted out of Facebook’s app tracking?