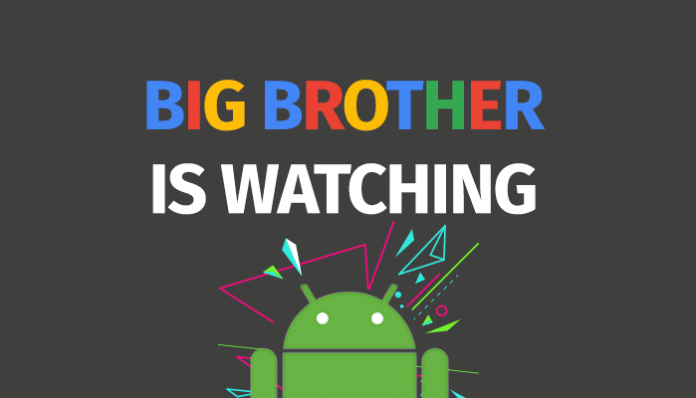 Water is wet. Fire is hot. Google collects a massive amount of data and knows a disturbing amount about you.

In a recent report by Professor Douglas C. Schmidt, him and his team highlight just how much data Google collects on the user. More specifically, 4.4MB per day. Fun fact, that is when the phone is not being used. As soon as the user picks up their phone, that number skyrockets.

Big Brother is Watching You

The study was conducted using a dormant android phone. The phone still communicated location data a total of 240 times in 24 hours. This accounts for 35% of all the data sent to Google, despite there being no user interaction. The research team created a completely new account, which they named “Jane”. They then went about a normal of an average user to see how much data was collected. Google was able to create a profile and collect a significant amount of data within 24 hours.

Android phones on average communicate with Google’s servers around 10 times more than iOS phones with Apple’s servers. If, in theory, you were able to completely avoid using any Google services, you still get tracked. That means on an iOS phone, no Gmail, no Chrome, no Maps, nothing. This is because most websites use Google Analytics, meaning some of your data is still collected. Data such as your IP Address, Operating System, and model of Smartphone.

The report goes into even more data that I won’t be able to go into in this article (it is a 55-page report after all).

What can we do about it?

Reading through the report, I couldn’t help but feel a little uneasy. I’m one of those nuts that’s big on privacy. But I also can’t help feeling a sense of apathy. There’s no way to escape this, so what’s the point in trying. Is there anyone that’s offering what Google is offering? and at that scale?

On his show, comedian John Oliver said “You didn’t build history’s most profitable data harvesting machine by accident” referring to Facebook. He was right. He was just directing it at the wrong company. I think the main reason people don’t give anywhere near the crap Facebook gets is that Google actually uses this data. Is this amount of mass data collection unethical? Definitely. Has it made our lives better? Probably.