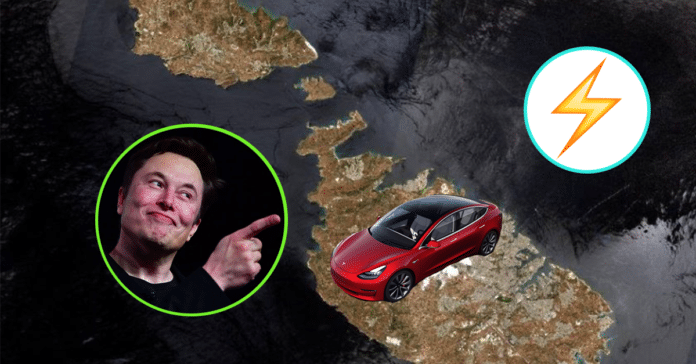 Despite being around for hundreds of years, electricity is all the rage again. Spreading to the motor industry, an increasing number of electric cars are being developed and produced. Tesla owner Elon Musk’s vision for an all-electric future took a further step to fruition when he released the most affordable Tesla, the Model 3 in 2017. Now that the dust has settled, we’ve taken a look at what importing one to Malta entails.

Not on the map

While Teslas can be ordered and bought online, the company doesn’t ship its cars directly to Malta. Prospective owners must collect it from the Netherlands and drive down to Malta. Luckily, we haven’t been completely forgotten. The Pergola Hotel & Spa in Mellieha has a 22kw Tesla Charger, meaning owners won’t have to rely on the more basic electric chargers dotted around the island.

Can we trust autopilot?

One of the most hyped features for the Tesla was its autopilot system, with aggressive marketing from the company becoming ubiquitous all over the Internet. Unfortunately, Malta’s pervasive penchant for roundabouts is the Autopilot feature’s biggest downfall. The Autopilot works fine on roads that have clear markings, but it doesn’t recognise roundabouts or junctions. Always be extra careful when using this feature and never take your hand off the wheel.

Due to its electric nature, Tesla cars have different maintenance requirements when compared to conventional cars. Servicing the vehicle can be a real pain, as no licensed technicians exist in Malta. Tesla owners who have had issues have reported that Milan is the closest licensed service point. In contrast, the closest unlicensed technicians can be found in Sicily.

What’s sure is that brake pads must be replaced every 4-5 years. For any other technical problems, Tesla’s 24/7 service centres can remotely connect to cars to diagnose issues and reset where needed. On the bright side, there are electric car communities who may pool to bring a registered Tesla technician to Malta to service all Tesla cars.

Not having an officially registered Tesla technician has proven to be a stumbling block for most prospective Tesla owners in Malta.

Needless to say, the best chargers suited to Tesla vehicles are obviously the Tesla superchargers. In Malta, however, common charge points are weaker and consequently take much longer to charge. Tesla last year unveiled the V3 Supercharger, which carries a whopping 250kW charge rate. At this rate, 75 miles of range can be added in only 5 minutes!

Unfortunately, none of these exist in Malta. On the plus side, however, range is a worry abroad more than it is in Malta, given our size. In reality, charging overnight at home with a standard 3-pin plug will certainly give owners more than enough range.

Would you buy a Tesla? Let us know your thoughts in the comments below. You can also follow Tesla in Malta here for future updates!