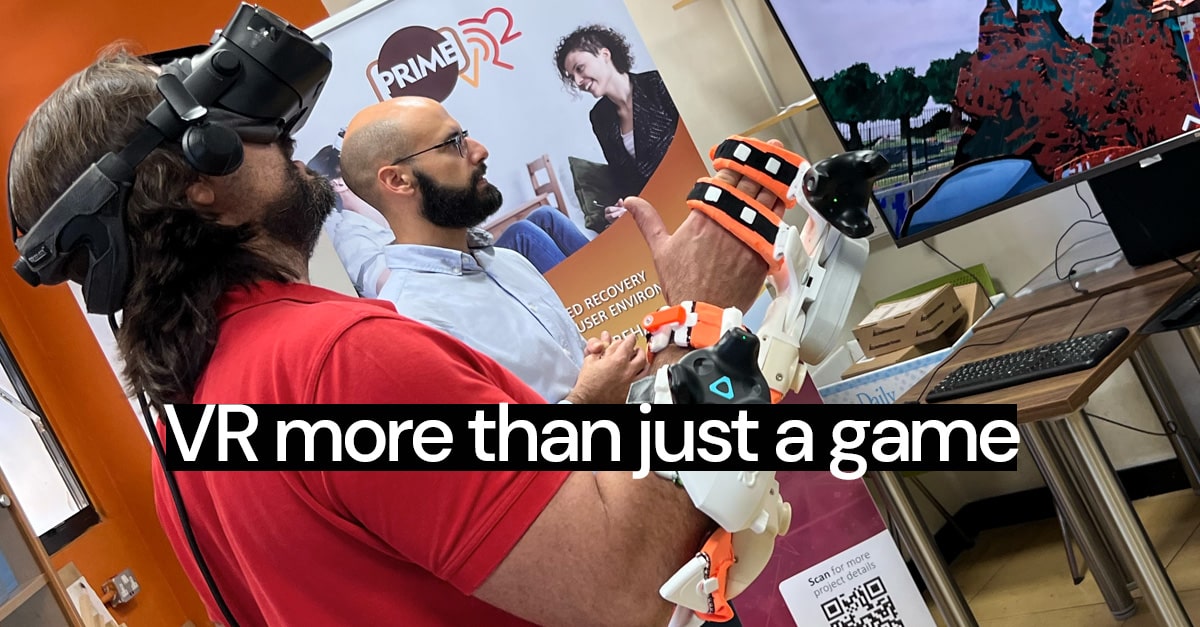 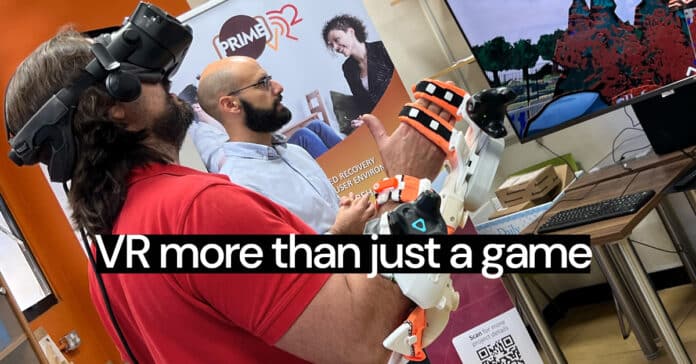 When you think Virtual Reality (VR), the likelihood is that the first thing that comes to mind is gaming, with VR headsets and consoles that allow for ‘player immersion’. But there is of course a lot more to VR and it is increasingly being used in healthcare.

In fact the Department of Industrial and Manufacturing Engineering (DIME) at the University of Malta is one of the partners in a €4-million EU-funded project that aims to provide VR-based rehabilitation for patients with upper body motor impairments due to stroke, sports injuries or dystonia (a movement disorder that causes the muscles to contract involuntarily).

The project, entitled ‘Personalised recovery through a multi-user environment: Virtual Reality for rehabilitation’ (PRIME-VR2), started in 2019 and DIME’s main role is to test the functionality of the controller used in the VR rehabilitation process. Rather than using off-the-shelf devices, PRIME-VR2 bespoke controllers are developed and designed according to the individual patients’ needs.

The platform supporting the VR bespoke controller will give patients the possibility to have effective VR rehabilitation at home and in the clinic by means of a virtual gaming experience.

Patients will be given the opportunity to socialise, play, and monitor progress

The wearable VR controller developed in the PRIME-VR2 project is used in conjunction with a ‘serious game’ in a VR environment. The purpose of a serious game is for it to go beyond pure entertainment, and this state-of-art digital environment for VR rehabilitation will enable patients to socialise, play, and monitor progress. An innovative feature is that the digital platform can change difficulty levels according to the patients’ rehabilitation programmes; in fact resistance can be adjusted in real time.

The project is currently in the testing phase. The engineering team at the University of Malta has developed a comprehensive testing plan aimed at assessing the functionality of the controller in different conditions.

Specialised equipment has been designed and manufactured in order to subject the controller to cyclic testing. In addition, a number of tests are being conducted to investigate how durable the controller is, when for instance the patient accidentally hits it against a hard surface.

Furthermore, tests are undertaken to check whether the controller would still function when exposed to high temperatures, high levels of humidity, water and dust ingress etc. The relevant industrial standards are referred to in order to conduct these tests so that the CE mark of the product is obtained. This will allow the PRIME-VR2 consortium to bring the controller a step closer to it being available on the market.

The international project is led by five academic institutions