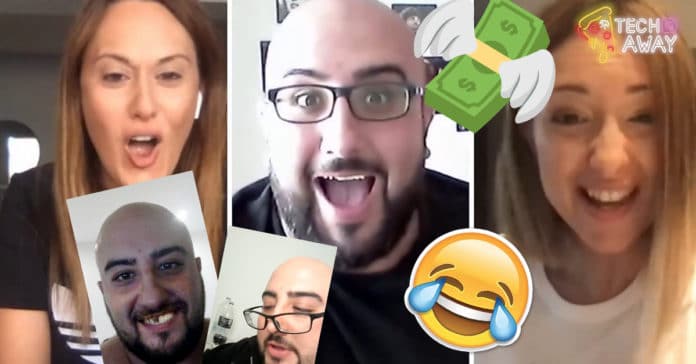 It’s a special episode of Tech Away this week, as we’re bringing together two Vibe presenters. One, of course, is our own Gadgetina, Martina Zammit. The other is this episode’s guest, the man, the myth, the legend: JD Patrick!

JD is well known for his hilarious, honest and down to earth personality, so we were thrilled when he, his wife Steph and their adorable son Julian agreed to chat with us and tuck into a delicious burger from Becky’s Kitchen delivered by our friends from Delivify.

Or would he? Because unbeknownst to JD, exactly what he’d be munching on would depend on whether he passed or failed the first challenge, the tech-away regular ‘Who Said What’.

JD will have to correctly guess who said what about him. Pass, and the burger is all his. Fail, and he’ll have to make do with the also delicious but far healthier salad option. (Salads and JD, if you didn’t realize, generally don’t get along).

JD is well known for being a little bit of a ‘qammiel’ (cheapskate) so we couldn’t resist but put his qammiel powers to the test with our new ‘Quiz tal-Qamel’  Here JD will need to quickly identify which supermarket product is better value. If you’re a proud miser yourself, give it a try!

This being Tech Away, embarrassing guests with some awkward pics and videos is always going to be on the menu. And our JD has some doozies in the closet. Things start off adorably with an old photo of a little devout JD as an altar boy (we’re guessing before he developed his dirty sense of humor).

We’ve also dug out some hilarious vids of JD, which prove he’s:

Word of advice, JD: apply to Malta’s Got Talent!

All this, and a lot more, including a chance for our guest to win a very cool 100 euros cash with an on-the-spot challenge.

Curious? Then it’s time to tuck in.