A Couple Of Things About Apple’s “One More Thing” 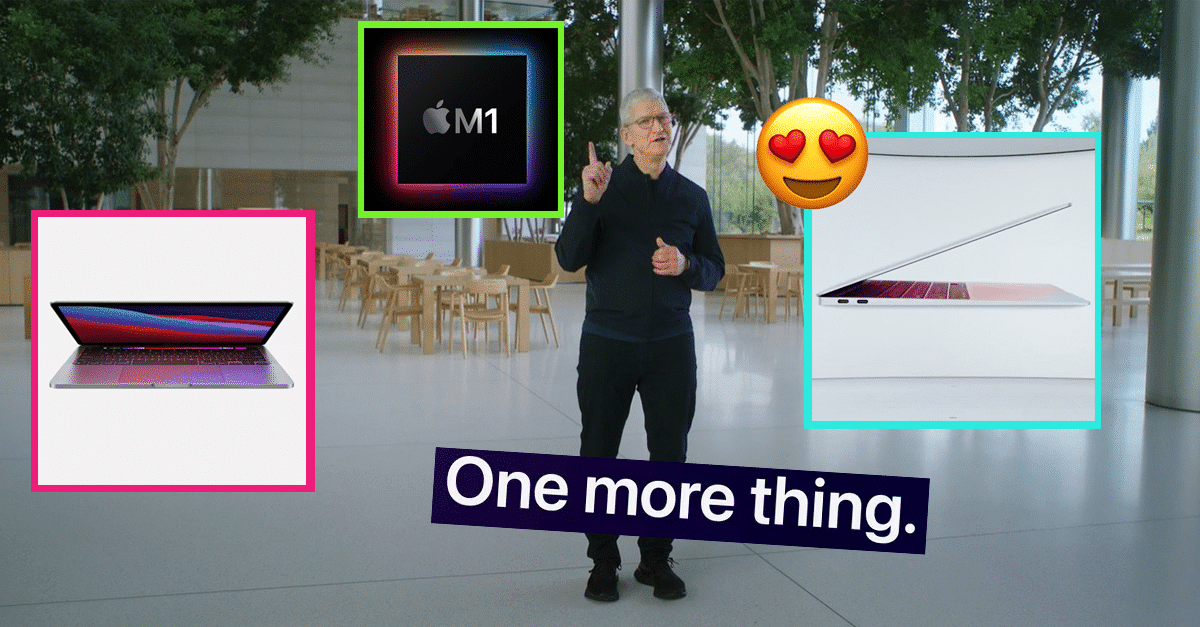 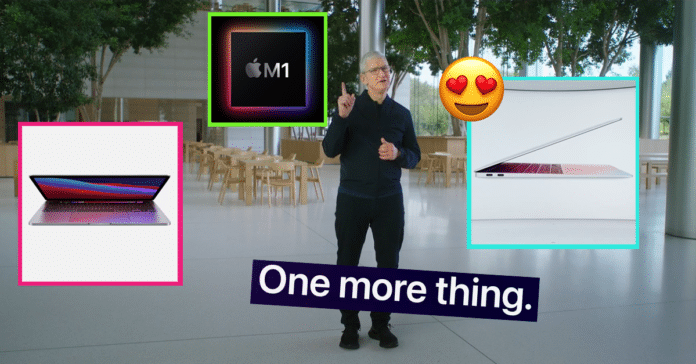 This was Apple’s third major event in just 2 months, so it was kind of apt to use Steve Job’s famous “One more thing” catchphrase to close off their events for this year. And, like last time, they’ve really outdone themselves. It turned out that today was really only about the M1 chip and the MacBook, but we were far from disappointed.

We said it before, and we’ll say it again and again, no one does events like Apple. They’ve made their target audience clear: those who break the status quo, those who never got a seat at the table, so they can’t sit and behave. And it all starts with the all-new M1 Chip, designed by Apple.

Peak performance will be delivered at fractions of the energy used by other laptops, and part of it is equipped with machine learning processes. This way, your laptop will learn how you operate and will work better with you as you go along.

Paired with the M1 chip is macOS Big Sur, which brings with it not only twice as much response, but also increased security.

The Macbook Air 13” is up to 8 times faster before, so playing games and editing are done with ease and at incredible resolutions. In summary, it’s faster than 98% of laptops sold last year. There’s 15 hours of wireless web browsing and up to 18 hours of video playback. It’s the most silent too, as they’ve taken out the fan. Prices start at $999, so expect it to be around €850 locally.

The 13” Macbook Pro gets similar upgrades to the Air, thanks to the M1 chip, but there’s more. Throw in studio-grade microphones and improved camera performance, there’s the best battery life we’ve seen thus far in a Mac. We’re estimating it will be about €1,100 in Malta, but as always, speak to your nearest retailer to confirm prices.

In between the Macs was the announcement that the MacMini would be getting the M1 chip too, along with a price reduction to $699 (about €600 for us). Needless to say, it’s got plenty going for it too.

There was of course a reference to Apple’s zero waste target, but after that, the ending left the Gadgets team kind of…bewildered? Skip to 47:40 to find out why!