A Collection Of Smiles: Willinsky Magazine Creates Two Canvases With 50 Signatures In Aid Of The Community Chest Fund & Puttinu Cares 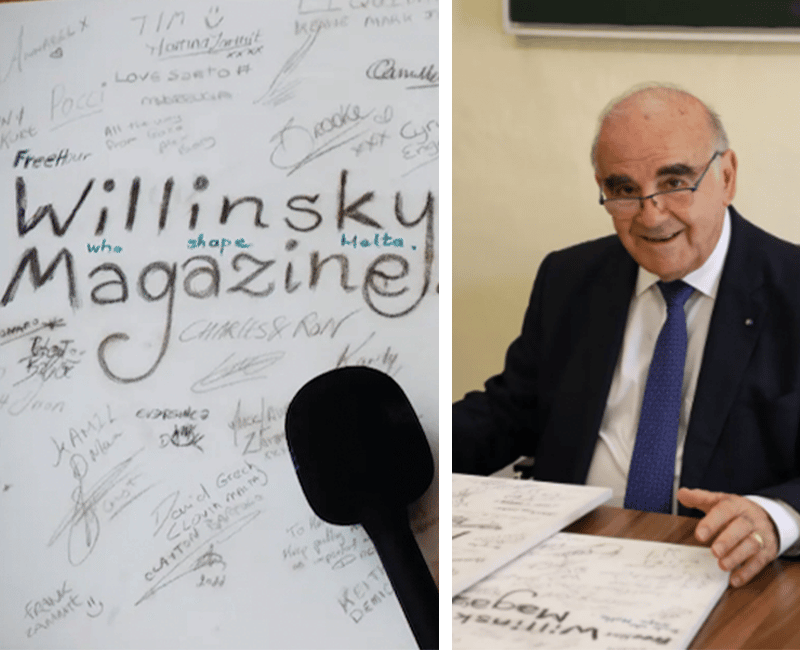 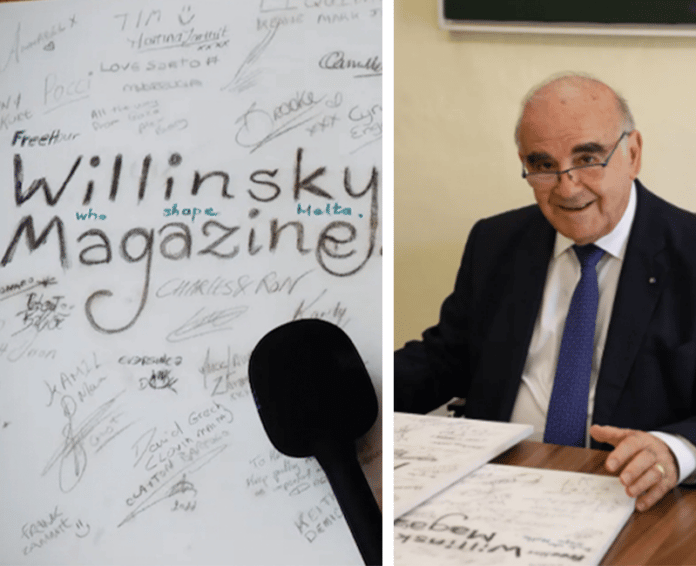 “50 different people with the same goal”.

When Kamil Willinsky, founder and editor of the local online publication Willinsky Magazine, set out to create a charity project, he started with an empty canvas and gradually started collecting signatures from a number of different local personalities.

He has now managed to populate two canvases with 50 signatures belonging to people who share the same aim – the simple wish to help others and create a better Malta. The canvases will now be auctioned in aid of the Malta Community Chest Fund and Puttinu Cares Foundation.

Bringing together a variety of people who help shape Malta

From the President of Malta George Vella and his wife Miriam Vella, to personalities such as Martina Zammit, Keith Demicoli, Mark Laurence Zammit, Charles & Ron, Cyrus Engerer, Zach Ciappara, Karly Naudi, Sean Gravina, Sue Mifsud and many others, Willinsky Magazine’s idea was to bring together a variety of people who help shape the island. Photos of all those who have signed the canvases have been uploaded to the Willinsky Magazine website.

Kamil has expressed his gratitude to the 50 personalities who signed the canvases, as well as for all the kind words and for sharing their journey on the online platform’s channels, including Instagram.

Canvases to be donated to charities that “we strongly believe in… and trust their impact, achievement and mission”

“It means a lot! We are very privileged to have an opportunity to meet many Maltese influencers, media, musicians, politicians and more. We will donate the canvases to the charities that we strongly believe in… and trust their impact, achievement and mission.

“The canvases will be auctioned to give the new opportunity to collect additional funds for those in need. “I am strongly convinced that together we can do it while having fun too! I cannot tell you how successful this will be but for sure it’s worth trying!”