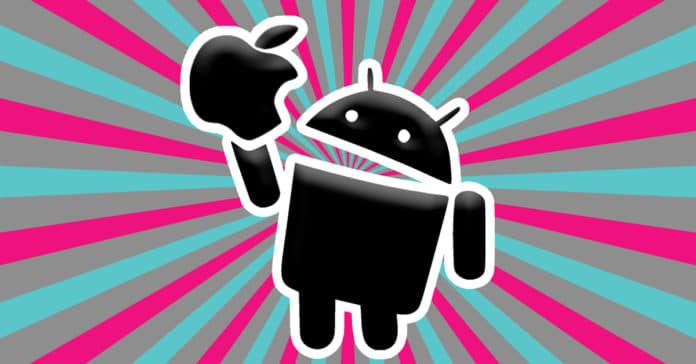 Xbox versus PS4. Keyboard versus controller. Wired versus wireless. Technology is all about limitless options, and choosing what fits each person best. This leads the way for rifts to evolve based on preference, and one of the biggest divides in all of technology is Android versus iPhone.

While it all comes down to personal preference, Gadgets decided to zoom in on Android and highlight a few features available on that operating system, which Apple simply does not provide.

A major fundamental advantage to Android is simply the selection available to buyers. OnePlus, Xiaomi, Huawei, Samsung, all these major companies use Android to create different phones with varying features at distinct price points, allowing buyers to choose what physical features they want. With iOS, what you see is what you get, and the phones released by Apple are usually limited to one or two similar variants each year.

Easily the most glaring difference between the two software systems, it is no secret that Android allows the user full customization of home screen and lock screen, where users can add widgets such as clocks, emails and calendars. With iPhone, you’re stuck with the same stock launcher. In addition, Android allows its users to download launchers and change the entire look of the operating system, and thousands of these launchers already exist and are freely available.

Despite the fact that not all Android phones enjoy this, many have included additional micro SD card slots in their phone, allowing the owner to simply buy a card and add storage. Yes, this does involve spending money, but micro SD cards are generally much cheaper than buying cloud storage. While Apple users have the cloud, their iPhone storage has always been limited and directly affixed to the price point.

Apple users are limited to the App store (even though third-party apps can be downloaded with some additional complicated tech wizardry), whereas the selection of applications and app stores available on Android are far more extensive and easy to use. While the freedom to download any app from any website is great, Android users should still be wary of downloading random malicious files off the internet. Trust is key.

Picture the scene. You’re at a family reunion and your young cousin wants to use your phone. Rather than risk your cousin bearing witness to your extensive meme library, you can simply switch to a guest account on your phone, in the same way you do on a laptop. This protects your personal information, as well as your cousins innocence.

It’s fair to say that for those who want a stock and reliable experience, iOS may be the way to go, but for those who prefer the freedom of choice and customization, Android is essentially a blank canvas for users to paint their phone any way they see fit.