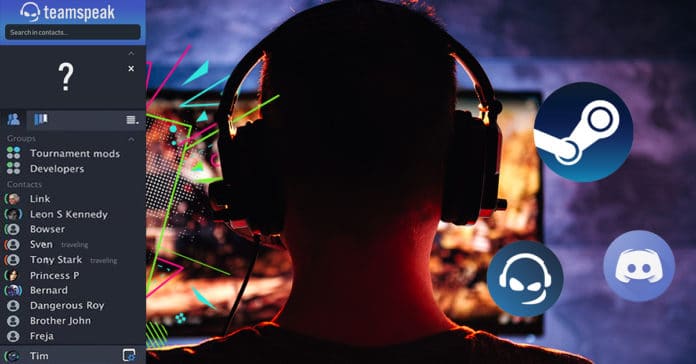 Video game chats have been around for long enough that they’re a standard part of any gamer’s sesh. With plenty of options to choose from, we’ve prepared a list of the best five, discussing their pros and cons.

Probably the most popular platform since it runs on Windows, Android and iOS, and also supports text and video chats for up to 10 people. It’s free, anyone can set up a server, and you can join up to 100 servers, with each being its own independent community. Discord hosts its own servers, which can be a problem, because if there’s an outage from their end, then all servers go down, and there’s nothing to do but wait.

Using the Vivox chat service (the same one used for Fortnite, PUBG and League of Legends), Overtone is a lightweight option in the sense that it doesn’t use a lot of system resources. Easy to set up, it’s got social features allowing you to connect with people holding similar interests and teams playing the same games. Running primarily on Windows, it can also be run on a web browser, which despite removing some limitations, you won’t be able to create teams on it.

Though Mumble is the PC/laptop version, you can download Plumble on Android and Mumblefy on iOS. Its crucial feature is low-latency communication, so it’s perfect for fast-paced, adrenaline rush-inducing games. It’s also pretty easy to use – the host downloads the server version of Mumble while those who want to connect can download the client version and connect to the hosts IP address.

The downsides, however, are that you’d need to leave your computer on all the time for the chat to continue running. The alternative is buying Mumble server hosting, with the price per slot decreasing when purchasing more slots. There’s also a steep learning curve, which can be frustrating at times until you get used to it. Port forwarding is also recommended.

Easy to use and providing high-quality audio with almost negligible latency, TeamSpeak also has a flexible and powerful permissions system. What this does is allow different users to have different controls over various server aspects, making community management a lot easier. When hosting, there’s the option of either self-hosting or purchasing hosting space on the TeamSpeak servers.

Why, oh why, did it take so long for this? This service was launched in 2018, allowing the other members of this list to grow so much, given the lack of a voice chat on such a popular gaming platform. It’s got so much going for it too: you can share GIFs, audio clips, the Steam servers are dotted around the globe, so you’re never too far from one which almost eliminates any latency issues. The major downside is that Steam Voice Chat will only work with Steam-lined games.

All that being said, nothing beats an evening on the couch, take-out pizza, a couple of beers and your best mates ripping apart each other’s tactics and playing styles in an evening of digital mayhem.