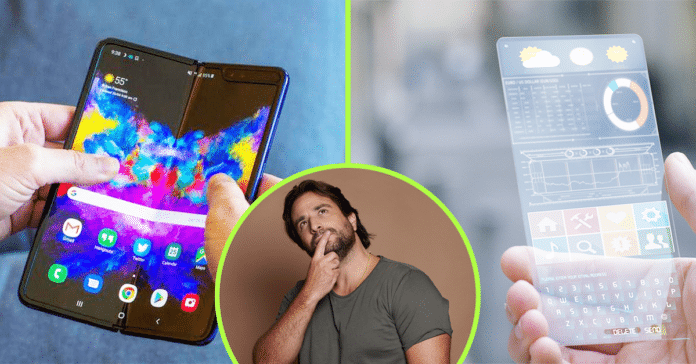 We are in an era where top of the line, flagship phones sell for more than €1000. Despite this, cheap phones are getting better. The quality you can expect for around €300 is far greater than what could be expected only a few years ago. Bearing this in mind, we asked our resident techxpert Ian what features he thinks need to become ubiquitous in the smartphone industry.

We all remember slide phones and flip phones. No phone since has managed to successfully re-create the satisfaction of hanging up on someone with a flip, but the industry seems to be edging closer towards moving parts. Why buy a phone and a tablet when you can buy one device that does both? The Samsung Galaxy Z Fold 2 nails the concept brilliantly, and new additions like the LG Wing offer a smaller and more practical approach.

Sometimes, phones can verge on works of art. Companies sink hours of research and development and boatloads of money into creative designs meant to make the phone stand out. Having to buy a protective cover and essentially smother the phone’s beauty completely defeats the purpose, but it is necessary for the phone’s protection. Composite materials which are scratch proof already exist, so why don’t big companies find a way to fashion out innovative designs?

As we see bigger screens, foldable screens, higher resolution screens, screens with notches, and all matter of new ways phone screens are presented, we ask…how long until a phone which is a screen all round appears? A screen which bends all the way around the phone exists as a concept in the Xiaomi Mi Mix Alpha, but the Chinese tech giant had to cancel production due to technical complexities. Maybe the 2020s will see the introduction of new technology that can handle such an avant-garde feature?

Necessity is the mother of invention. We’ve already seen the rapid expansion of wireless charging in the market, but we believe that there is room for even further innovation. Our bodies are a constant source of energy, with the heat, movement and electrostatic energy we create. Could big tech companies find a way to exploit this source of energy to be used to charge our phones? The possibilities would be truly game-changing.

Picture this. You want to show a group of (socially distanced) friends a video on your phone, but it’s uncomfortable (and unsafe) to huddle around one screen. You whip open your phone’s projector app and display the video on the big blank wall in front of you, leaving all your friends’ jaws on the floor while you bask in the glory of your tech-savvy ways. Having an in-built projector is the next step forward in entertainment sharing, and its multi-purpose use could be put towards projecting an external keyboard for you to type in. This innovation would truly be groundbreaking.

What other features do you think smartphones should have in the 2020s? Let us know in the comments below.