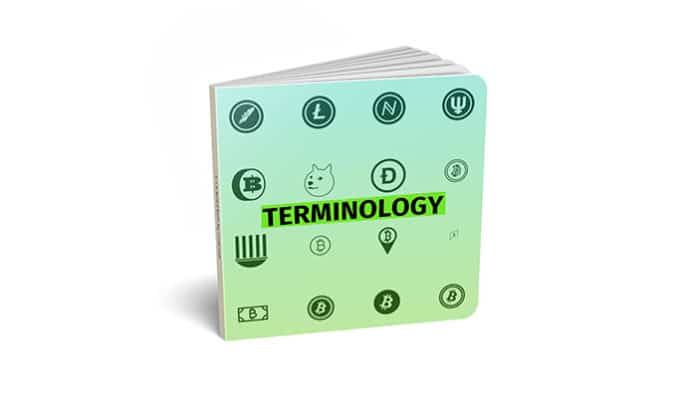 Websites where you can buy and sell cryptocurrencies, such as Coinbase. You can also trade between one coin and another.

A currency issued by the government such as the Euro.

This is when the blockchain splits into two separate chains. Forks usually happen when new governance rules are built into the blockchain’s code.

The speed at which a block is discovered, meaning the speed or the rate at which the math problem is solved. The faster the miners can solve the algorithms of each transaction, the faster the rate will be.

This is used to create a message that can be seen by everyone, but a private key is needed to see the network. The public key is a set of invites, essentially to an invite-only party. Whereas your invite is your key to enter the party and mingle in it.

This term is owed to the world of finance. The term indicates a set of securities or currencies – investment products that are set to be traded at a higher price. The rising demand curve action makes these products bullish.

A situation where more than half of the computing power on a network is operated b a single individual or concentrated group, which gives them complete and total control over a network. An entity which has 51% of the computing power can: stop all mining, stop and manipulate all interpersonal transactions and use singular coins over and over.

Initial coin offering. An unregulated means by which funds are raised for a new cryptocurrency venture. This is used by startups to bypass the rigorous and regulated capital raising process required by venture capitalists or banks.

In general, a token is usually a stand-in for something else, this also applies to cryptocurrencies. You can read all about tokens by clicking here.

Did we answer all your questions? Feel free to ask about other terms used in cryptocurrencies in the comments below or send an email to [email protected]