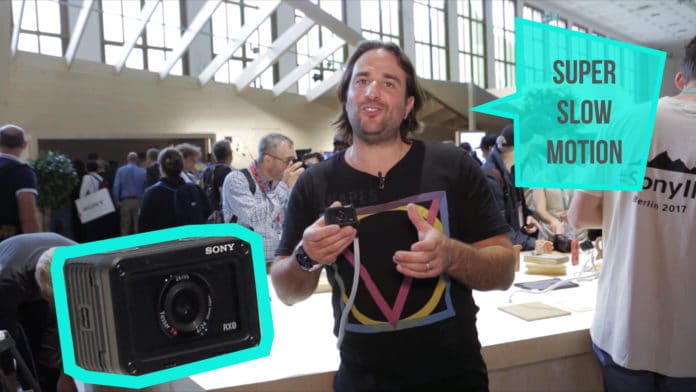 Ian tries and tests the latest action camera from Sony at the IFA fair in Berlin. The Sony RX0 Action Camera films in full HD and even has its’ own screen. You are able to film in 4K with a separate screen and recorder. You can also film in up to 1000fps for super slow motion action. The device is also waterproof.