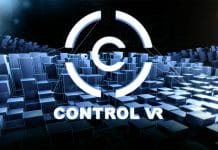 Virtual Reality is set to change the world of gaming forever, and following Oculus Rift’s VR goggles, we now have a new peripheral to immerse ourselves even more in the digital world, and it’s called the Control VR. The Control VR is an Oculus rift compatible device which allows you to interact with the game/virtual […]

The post Control VR: A Finger Tracking Peripheral appeared first on Some Guys One Mic. 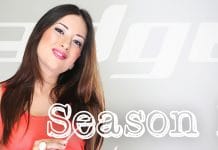 It seems like 2015 will be a year jam packed with delayed titles originally slated for this year, and the next triple A title to join in on the trend is Batman Arkham Knight. The game was unveiled not so long ago, which makes this announcement peculiar to say the least. Rocksteady’s Guy Perkins said; […]

The post Batman Arkham Knight Delayed appeared first on Some Guys One Mic.

After a lot of teasing, NetherRealm have finally announced their next instalment in the genre defining Mortal Kombat series, titled Mortal Kombat X. Along side the announcement the development team released the first trailer showing off a fight between Scorpion and Sub-zero. The game is slated for a 2015 release, and will presumably available on […]

The spin off to Microsoft’s iconic motorsport series, Forza Horizon will be getting a sequel this year, Microsoft announced. Playground Games who developed the first title will be once again in charge of development, but will be assisted by the original series creators, Turn 10 Studios. For the first time in the series, the title […]

The post Forza Horizon 2 Announced appeared first on Some Guys One Mic.

Another Triple A title has been delayed, and this time it’s the Xbox One exclusive, Quantum Break. The title was slated for a 2014 release, but developer Remedy has announced today that it shall now be hitting the shelves sometime in 2015. There was no confirmation to why this date was pushed back, but we assume […]

The post Quantum Break Delayed appeared first on Some Guys One Mic.

Gaming giant Valve have announced that their first peripheral, the Steam Controller, has been delayed. Valve’s Eric Hope has revealed that following the feedback gathered from playtests, the peripheral will need to have several improvements and tweaks, which will take longer than previously expected to implement. “Obviously we’re just as eager as you are to […]

The post Steam Controller Delayed appeared first on Some Guys One Mic.

General Gadgets Malta - May 26, 2014
0
Codemasters have released a new trailer showing off the endurance aspect of their upcoming racing title, Grid Autosport. The game is set to take a more authentic approach to the genre when compared to the previous installments. Autosport is set to hit ... 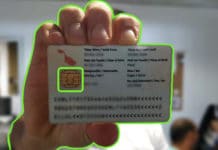 Protected: WTF is That Chip on Our ID Cards?